In late June, President Barack Obama signed what’s commonly known as the fast-track trade authority bill into law. Despite the vocal opposition from Democrats in Congress, this agreement will grant the White House Trade Promotion Authority (TPA). TPA requires Congress to give an up-or-down vote to international trade agreements, without the ability to amend or add to the conditions packaged therein. The purpose is to assure trade partners that the deal on the table is the deal they’ll get. With the president’s seal of approval, TPA is expected to expedite international trade deals such as the Trans-Pacific Partnership negotiations, but the bill has brought forth a number of important discussions on the crucial state of trade and trade laws.

It all may seem like politics as usual inside the Capital Beltway; however, the outcome of the negotiations – and specifically what issues lawmakers use the situation to address – will have an immense impact on trade policy. For Minnesota, whose exports exceeded a record $21 billion last year, the outcome will have tangible consequences. For that reason, it is imperative policymakers insist that any deal includes tough standards that protect and bolster American innovation, competitiveness and intellectual property.

Chief among those considerations should be measures to address the growing threat from government-sponsored patent trolls (GSPTs). In recent months, patent trolls – individuals or organizations that accumulate hordes of patents for the purpose of shaking down alleged infringers, rather than creating anything – have garnered a great deal of attention. In April, on the popular HBO series “Last Week Tonight,” host John Oliver quipped that the term “patent troll” was insulting to trolls: “At least trolls actually do something – they control bridge access for goats and ask people fun riddles.”

CBS News reported in 2012 that patent litigation related to trolling has cost investors half a trillion dollars since 1990. Since then, in the absence of meaningful patent reform, the problem has only grown. A White House study [PDF] found lawsuits brought by non-practicing entities tripled in just two years, and in 2013 American courts heard six times as many patent lawsuits than in the 1980s. 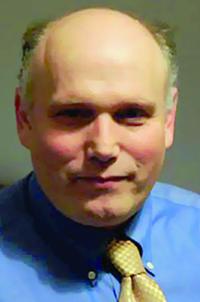 Foreign governments have escalated the threat further by operating their own trolls. Numerous countries, including trade partners at the heart of ongoing trade policy negotiations like China, Japan and Taiwan, have established GSPTs. Offending nations have wasted no time in collecting and leveraging patents to give their country’s businesses a leg up against foreign competition.

Taiwan’s Industrial Technology Research Institute (ITRI) has collected close to 19,000 patents, with which it has already levied infringement suits in U.S. courts. Last year, an East Texas District Court ruled against ITRI in a high-profile case brought against LG Corp. In the ruling, the judge emphasized that ITRI did not have any real business presence in the United States. However, many small businesses, which lack the financial resources of LG, may not fare so well.

Similarly, the French government has made no overtures to mask its support for France Brevets, its government’s troll. The €100 million fund has targeted the high-tech industry specifically. In 2012, the organization’s vice president said plainly, “France Brevets is ready to defend the rights that we are taking care of and enter into litigious route.”

For Minnesota, it is important that lawmakers use these trade dialogues in Washington to address GSPTs. In 2014, Minnesota businesses were responsible for the export of some 1,055 kinds of products to more than 200 countries. Today, more than 120,000 tech workers call Minnesota home, a number that is expected to grow to 200,000 in the next decade. These hard-working individuals and businesses can’t afford to cede America’s competitiveness and innovation to foreign governments abusing the very protection meant to preserve those principles.

Patrick Rosenstiel is the executive director of the Trade Alliance to Promote Prosperity. He lives in St. Paul.