It’s clear now that talk of resolving the achievement gap between black and white children has been pure chicanery. And the upcoming Spike TV movie miniseries “Tut,” set to air July 19-21 via Comcast cable, is a case study for the ages. 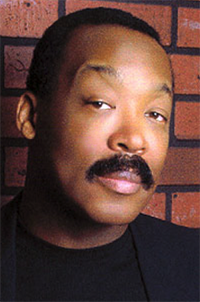 For the uninitiated on this issue, you’ll have to dig through the deception on your search engine browser, on the Internet, to see authentic pictures of the boy king via tomb wall paintings. Depending on the ongoing news spin, sometimes the true pictures of Tut come up, but on a recent search I was amazed at how the clock had been turned back on authentic King Tut imagery.

But millions of Americans already know better. That’s what’s so puzzling. Innumerable thousands of U.S. citizens have traveled to Egypt, including me, and have been in the tomb. You wouldn’t know it, though, if you waited for a reproof from those who should give firsthand accounts.

Imagine what could be

In real life, King Tut looked like any African-American one might see walking down the street today. Imagine all Americans meeting black folk(s) on the streets and recognizing they are the King Tuts of modern times; or our black boys in the streets realizing, at an early age, that they could well wear the mantle of the boy king and not be crossing the barrier of the extraordinary when they aim beyond being rappers and athletes.

What we have here are the residuals of American colonialism still with us, in stark detail, for all to see. Apparently, so-called mainline production companies and TV show distributors are held up in a time continuum that they can’t let go of.

That’s why I filed a complaint with the Federal Communications Commission (FCC) pointing out that as guardians of the nation’s airwaves they need to stop this masquerade of white actors portraying black classical cultures and casually allowing them to be beamed into our homes.

The FCC has followed up saying I should contact Comcast. OK, I’m contacting Comcast. I’ve written an “Open Letter,” which should show up in the media shortly, to ensure Comcast hears from me, and I’ll follow up with a call to them.

The economic elites are pitting everyday people against each other, and that’s not OK.

The FCC should know better. It notes on its web page that it can levy penalties against a broadcaster for knowingly presenting false information over the airwaves. It needs to start exercising its authority as a protector of the public trust.

Spike TV and Comcast know better. And so does Muse Entertainment, the production company that sold it to the two conglomerates.

Now I’ve got to contact the Justice Department and the Department of Education so kids can start school on an even keel. Is that asking too much?

Les Lester is a freelance journalist and author of the novel “The Awakening of Khufu.” Twitter @LesLester.