WINONA — I usually agree with positions taken by 1st District U.S. Rep. Tim Walz, but I strongly disagree with his recent vote in support of HR 1599, which would ban states from requiring that foods containing genetically engineered ingredients be labeled.

The bill, written to protect Monsanto, Syngenta and their allies in the Grocery Manufacturers Association, not only prevents states, such as Vermont, from implementing mandatory GMO labeling laws, it would prevent the Food Drug Administration from ever requiring GMO food labels. It also prevents states and counties from enforcing bans and restrictions on the planting of GMO crops, which are already in place in California, Oregon and Hawaii.

(Walz was not alone in Minnesota in his support for the bill. Among the state’s representatives, only Reps. Keith Ellison and Rick Nolan voted against it.)

In a July 24 MinnPost article, Walz, in talking about GMO labeling backers, is quoted as saying, “I respect their worries but the science isn’t there with them.”

In reality, science is not on the side of the biotech industry. They place severe restrictions on the ability of scientists to conduct research on their patented products, as reflected in the language in their licensing agreements prohibiting farmers and researchers from conducting research. When scientists do conduct independent research on genetically engineered crops and publish critical findings, they are viciously attacked and discredited by biotech company representatives.

Higher pesticide use on GMO crops

Science has shown that GMO crops use more pesticides and contain higher pesticide residues than non-GMO crops. These residues include glyphosate (Roundup), which has recently been named by the World Health Organization as a probable carcinogen. 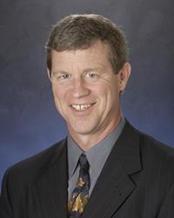 Animal feeding trials have linked the consumption of GMO crops to increased obesity, reproductive problems, digestive system disorders, tumors, liver and kidney disease, and early death. It’s no wonder that the biotech industry does all it can to suppress science and prevent foods containing GMOs from being labeled.

I don’t blame the biotech industry for trying to hide the effects of their products, but I do expect our member of Congress to protect the interests of Americans, including his constituents, over the financial interests of the industry.

Jim Riddle coordinates organic research grant programs for Ceres Trust, a charitable organization that distributes $2M/year for organic research in the Upper Midwest. He and his wife own and operate Blue Fruit Farm, a diversified fruit farm in southeast Minnesota. Riddle serves on the board of Right to Know MN, which advocates for GMO labeling, and is treasurer of the Winona County Farmers Union.