The Obama administration is hawking a nuclear agreement with Iran, an agreement long in the making, long on details, and long overdue. Iran may be a nuclear threat, but one surrounded by more powerful nuclear powers — any first use or limited use would pour down devastation on Iran. Iran may be a proliferation threat, but selling parts and expertise is attractive only to money-hungry countries with few enemies — assisting any of its regional neighbors in acquiring nuclear capability could prove risky to Iran’s own security. 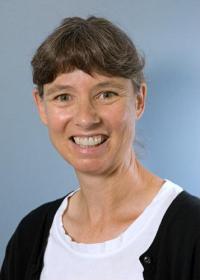 Israel for Iran is a symbol of European/U.S. power games in the region, but Iran has more serious security threats. Shi’ites are far safer living in the West than in South Asia; it is nuclear Pakistan where sectarian violence has led to Shi’ite deaths. It is the threats of its own region, led by powerful Saudi or nuclear Russian or anti-Shi’ite competitors/enemies, that keeps Iranian security analysts awake at night, not Israel.

Take a look at the map of the region and see how surrounded Iran is? Where are its friends in the region? A better relationship with Europe and the U.S. means a safer neighborhood for Iran.

A successful nuclear agreement could open the door to better relations between the U.S. and Iran, or at least the possibility of more cooperation on regional matters, vital to U.S. interests in the Persian Gulf and Caspian regions. It also opens the door to a better future — more stable, secure and prosperous — for Iran and its people.

Iran is on the move, a large country with a population of more than 74 million, that, while not religiously diverse, has a surprisingly heterogeneous population; ethnic Persians make up only 51 percent of a citizenry that includes Azeris, Kurds, Afghans, Turks and Arabs. Iran occupies a central place in the region, sharing land borders with seven countries of interest to the U.S. — including Iraq, Afghanistan, Pakistan and Turkey — and sea borders with the Persian Gulf and the Caspian Sea. It is enmeshed in a region important for oil production and shipping, as well as wars and conflicts, making the direction it goes politically and economically critical to peace and stability in the region.

Since the upheaval of the late 1970s and a long, crippling war with Iraq, Iran has made great progress in development, ranked by the World Bank as an “upper middle income” country and by the UNDP as a “high human development” country on the Human Development Index. Goldman Sachs lists Iran as one of the “Next Eleven” countries, a group the National Intelligence Council predicts that, following and together with powerhouse developing countries China and India, “will begin to surpass Europe, Japan and Russia in terms of global power by 2030.”

Understanding the aspirations of Iran and its people as well as the security dilemmas it faces is crucial to understanding that decisions being made today will shape whether Iran and the region can embrace peace and growth, or war and destruction.

Iran the nation-state may aspire to expanding its regional power, but the Iranian people have made clear their interest in a country that is respected internationally and holds increased economic opportunities for its citizens. According to the World Bank, Iran is the second largest economy in the region (Middle East/North Africa) but “unemployment remains elevated and is expected to be a central challenge” as increasing numbers of women and young people enter the labor market.

A work force with high expectations

Iran’s success in improving literacy and education rates in recent decades, perhaps second only to South Korea, means a work force that has high expectations; already the World Bank estimates that 150,000 college-educated Iranians leave every year to find better opportunities. National Public Radio estimated in 2006 that there were half a million Iranians in Southern California, and sizable populations of Iranians can be found around the U.S. and Europe. Daily international flights to and from Tehran are filled with middle-class Iranians going between family members in Europe or the U.S. and Iran.

Iran has a great deal of internal reform necessary to creating the kind of open and vibrant society necessary for the growth of creativity and innovation necessary to a contemporary economy, and a better relationship with Europe and the U.S. are an important step in that process.

Security for Iran needs to be understood in light of its unique location and long history of wars with neighbors. Iran has been occupied many times by foreign powers and for the past four decades involved in a series of cold wars: With the USSR and then Russia, the U.S., Europe, and Saudi Arabia. It is surrounded by nuclear countries (Russia, Pakistan, India, Israel), encircled by U.S. military bases, on the border of two wars involving heavy U.S. forces, and embattled by anti-Iran and anti- Shi’ite neighbors. Iran has not been passive, either, once promoting a radical religious revolution and in recent decades taking sides in regional disputes that have created new security dilemmas and alienated the U.S. and its allies in the region.

It is time for the U.S. and Europe to recognize Iran’s legitimate security concerns and work to create reassurance measures that help dampen their fears and promote strategic engagement on issues of mutual interest. It is no secret that the U.S. and Iran have cooperated remarkably well, albeit through convoluted lines of communication, on a range of issues involving U.S. and Iranian activities in both Afghanistan and Iraq and these areas of mutual interest can be built upon for a stronger, strategic relationship.

In 2001, a commission headed by Lee Hamilton, James Schlesinger and Brent Scowcroft for the Atlantic Council argued that “U.S. policy makers should focus on rebuilding diplomatic and political relationships with Iran to a point at which the serious disagreements can be addressed.”

It is long overdue for the United States to focus on how engaging Iran will benefit U.S. interests in a peaceful and stable Middle East.

Sherry Gray directs international projects at the Humphrey School of Public Affairs, University of Minnesota. From 1998 to 2003 she coordinated a U.S.-Iran foreign policy dialogue program for the Stanley Foundation, making four visits to Tehran.