Like many in my demographic, the soundtrack of my life is sports talk radio. The Common Man Dan Cole, Dan Barreiro, and the cadre of talented Twin Cities radio personalities provide a fun distraction from my academic life as a law professor at the University of Minnesota. 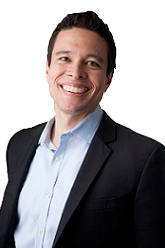 But recently these worlds have collided. With the news of UMN Athletic Director Norwood Teague’s resignation for sexual harassment, followed by Star Tribune reporter Amelia Rayno’s revelations of Teague’s inappropriate conduct with her, talk radio has been filled with debate about what the university should do next.

At the center of these debates is U of M President Eric Kaler.

Less than five years on the job, Kaler has faced a series of challenges from reduced state funding to increased crime around campus.

But how President Kaler handles the Norwood Teague aftermath is likely to be his most visible moment (and not just for us sports talkers).

So far, President Kaler is on the right track. He was quick to condemn Teague’s actions, and the university has announced that it will hire outside experts to examine “the culture and hiring practices” in the Athletic Department, as well as department finances. These are excellent first steps.

But in the weeks and months to come we will look to Kaler for something more than reports on hiring and spreadsheets on spending. We will look for bold, fearless leadership.

This is Kaler’s moment.

So what should he do?

No doubt the president will listen to many advisers, from both inside and beyond the university, as he formulates his next steps. Certainly we must ensure above all that the university is a safe, supportive working environment. Sexual harassment cannot be tolerated.

But amidst myriad considerations and pieces of advice, I hope Kaler will spend an hour listening to sports talk radio. There he will hear from his most dedicated Gopher fans calling in to express their frustration. As one caller described it, when he heard the news he felt it in his gut. Oh boy, here we go again. The anguish being expressed is deep and genuine.

These callers are not the big donors whose names will adorn buildings. These are regular, everyday Gopher fans who dream of a Big 10 Title and a sports program with national relevance. Some are Gopher alums, but most are simply Minnesotans.

And many Minnesotans are worried. Will Teague’s resignation set the program back another decade? Will all the fundraising progress be halted? Will recruits be wary of coming to the Twin Cities amidst a leadership void?

Some in the university, here and across the nation, think college sports are overblown. Others think athletics are fine, but that every sport should be treated equally without preference for football and men’s basketball. No doubt such factions will see this as an opportunity to redirect the university’s attention to other priorities. And to be clear: Educating students and addressing harassment are top priorities.

But I hope that President Kaler will retain a bigger, bolder vision that includes a place for big-time athletics. I have dedicated my life to higher education, and there is no one who values teaching and research more. But one doesn’t have to choose between world-class academics and national-caliber athletics. UMN can do both.

The path forward is not to retreat from the progress we’ve made in improving our athletics programs. Rather, it’s to double-down. Let’s not let one man’s despicable acts stop our march to the top of the Big Ten.

I believe President Kaler has the skill and strength to keep us on a path toward excellence.

Let’s hope he seizes his moment.

Francis X. Shen, J.D., Ph.D., is a McKnight Land-Grant Professor and Associate Professor of Law at the University of Minnesota, where he teaches criminal law and evidence. He is a former NCAA athlete and is currently the USA Track and Field Masters National Champion in his age group for the 400 meter hurdles. Views expressed in this commentary do not necessarily reflect those of the University of Minnesota.