Peabody Energy, the world’s biggest private-sector coal company, is having a tough time of things. As coal prices have declined over the last year, the inaugural title holder of Newsweek’s least environmentally-friendly company ranking has seen its stock price plummet to under $1 and its credit ratings downgraded to sub-investment grade. Last month, in the week leading up to the finalization of the Environmental Protection Agency’s Clean Power Plan to reduce the United States’ dependence on coal, Peabody posted a quarterly net loss of $1 billion. 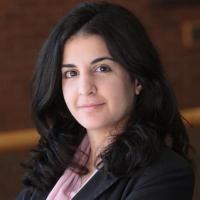 Also having a tough time is the whole of the Earth and everything living on it. Coal power is contributing to climate change, biodiversity loss, deforestation, sea acidification and other devastating impacts with huge economic and human costs. In Minnesota alone, fossil fuel power production is costing more than $2.1 billion each year in health and environmental impacts. Pollution from Minnesota Power and Xcel Energy’s coal plants alone are responsible for an estimated 2,000 asthma attacks, 200 heart attacks, and 115 deaths per year. And that’s just in Minnesota, a state recognized as a leader in clean power. The national and global costs in terms of lives, health and environmental losses are unconscionable — estimated to exceed half a trillion dollars and to impact the poorest and most vulnerable among us most severely.

Impacts given too little consideration

Federal and state regulators have historically given these types of health and environmental impacts disproportionately little, if not minimal, consideration in the economic cost-benefit analyses that determine whether and how much to regulate carbon pollution. In recognition of decades of mounting scientific and economic research, President Barack Obama formed an Interagency Working Group (IWG) to estimate the social cost of carbon pollution in the U.S. for use in planning and regulatory decision-making by federal and state agencies. Using three different widely recognized models and five different scenarios for future emissions and economic conditions, the IWG produced four estimates with a midline of $40 per ton. Many scholars argue that this figure is significantly low because it doesn’t account for losses to fisheries, agriculture, forestry and environmental services.

This week the Minnesota Public Utilities Commission (PUC) is set to update its estimated statewide costs of fossil fuel production for anything more than inflation for the first time in 20 years. The PUC uses this estimate for financial planning decisions around the state’s electricity production. As compared to the $2.1 billion per year estimated statewide cost, the PUC is using an outdated estimate of between $58 million and $257 million per year. Updating this estimate to account for environmental and health damages will allow for clearer demonstration that the price of electricity from wind, solar and other renewable sources is economically competitive to that of coal in Minnesota.

Concerned that it may suffer a decline to the 1.5 million tons of coal it sold to Minnesota power plants last year, Peabody has hired its own experts to influence the PUC’s decision. Their testimony, with statements like, “If fully cleansed of real pollutants, the exhaust from fossil fuel combustion only differs from a baby’s breath by having almost no oxygen [in it],” demonstrates that Peabody holds the public’s intelligence in the same high regard as their health and well-being.

In his testimony, Dr. Robert Mendelsohn, an economist who tries hard to provide Minnesota-specific analysis despite never having done Minnesota-specific research, argues that “Minnesota is currently a net beneficiary of warming” because warmer weather and more carbon dioxide would benefit crops and forests. He conveniently omits the impact of floods, droughts, extreme weather, season length change, and the spread of invasive pests and weeds that also flourish in warmer conditions. Nor does he consider impacts to other Minnesota industries like fisheries, habitat disruptions to native Minnesota plants and wildlife, the statewide spread of ticks that deliver Lyme disease, or the substantially rising insurance rates that Minnesota cities, businesses, and individual property owners are paying because of increasing claims for hail and storm damage due to climate change.

Mendelsohn ultimately reveals the value that Peabody places on human lives and the environment:

“[W]e will find out whether or not there are a trillion dollars of damage per year in 2050 when it becomes 2050. If society finds out that climate change is more harmful than we thought, society will react and do more mitigation.”

Peabody in essence is asking us to wait for more people to get sick or die, for more people to lose their livelihoods, and for more environmental devastation before we risk their quarterly earnings. I encourage Minnesotans to tell the PUC to include the true costs of pollution in its energy decisions at the public hearing on Wednesday, Aug. 26. It’s at 2 p.m. at 121 7th Place E., Suite 350, St. Paul, MN 55101.

Leili Fatehi, J.D., is a recovering academic in the legal, ethical, and policy dimensions of science and technology. As part of her treatment, she is chairing Sierra Club’s Political Committee and learning pottery.

Lying by emission: Peabody Coal can’t handle the truth about the cost of carbon pollution