While most of the public’s attention has been focused on the University of Minnesota’s leadership and decision-making in the Norwood Teague affair, little discourse has occurred regarding the Star Tribune’s failed role in the matter. Senior leadership at the Star Tribune failed to protect its own employee, failed to protect other women from future harassment, and failed to adhere to its own espoused corporate values. Such failures are all the result of the Star Tribune’s decisions to not expose and effectively deal with Teague’s reported harassment and assault of its employee in a timely fashion. 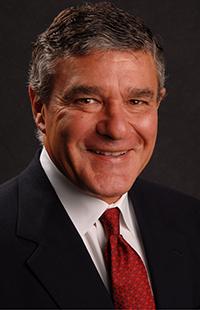 As described by the employee, reporter Amelia Rayno, the Star Tribune human resources department presented her with several options for dealing with then-athletic director Teague after she reported inappropriate behavior and an outright assault by Teague while reporting for the newspaper. It appears from her writing that the HR people indicated that the decision as to what to do was Rayno’s alone. Nowhere in any of its coverage has the Star Tribune acknowledged that its leadership had a responsibility to respond to Teague’s behavior.

An effective CEO and senior leadership team at the newspaper would have wanted to be fully advised of the incident at the time it occurred. The CEO should have personally explained to Rayno that the newspaper itself had a responsibility to address potentially criminal and inappropriate actions against its employees occurring in a work context. The CEO should have communicated a strong preference to immediately report the matter to President Eric Kaler of the university and demand that Teague be disciplined and/or removed. Rayno should have been assured that the newspaper would fully stand beside her and protect her from retaliation if the university did not take appropriate action.

The CEO should have made several important commitments to Rayno at the outset. First, if the university or any of its staff in any way prevented Rayno’s future access to sports personnel so she could not do her job effectively, the Star Tribune would take appropriate action, up to and including cessation of coverage of all male sports until the university righted the situation. Second, the Star Tribune would institute legal or other actions that were appropriate based upon the response of the university and its personnel. Finally, Rayno should have been asked if she had any additional thoughts or suggestions for leadership to consider before going forward. In short, leadership should have earned Rayno’s buy-in and support for immediate action.

Instead, the Star Tribune leadership dropped the ball. In hindsight, Rayno regretted not taking action immediately so as to protect the two university women who subsequently became targets of Teague. It wasn’t her fault. Her company failed her.

The Star Tribune missed an opportunity to leverage its powerful position in our community for the good. Instead, it allowed Teague’s sense of entitlement to go unchecked, and he predictably continued to misuse the positional power of the athletic director to intimidate, harass, and assault women.

In August of 2014, the newspaper editorialized its strong support for passage of the Equal Rights Amendment and lauded the renewed activism for women’s rights within the state. Hurrah for that. In 2015, the Star Tribune demonstrated by its own actions why passage of the amendment is so desperately needed. Let’s hope that going forward we see better leadership from one of our most important Minnesota institutions.

Tom Micheletti is a graduate of Harvard College and the University of Minnesota Law School. Three of his brothers, a cousin, and an uncle have played on Gopher championship hockey and football teams. He has been in numerous CEO and other corporate and nonprofit leadership positions, and currently is the co-president & CEO of Excelsior Energy Inc.