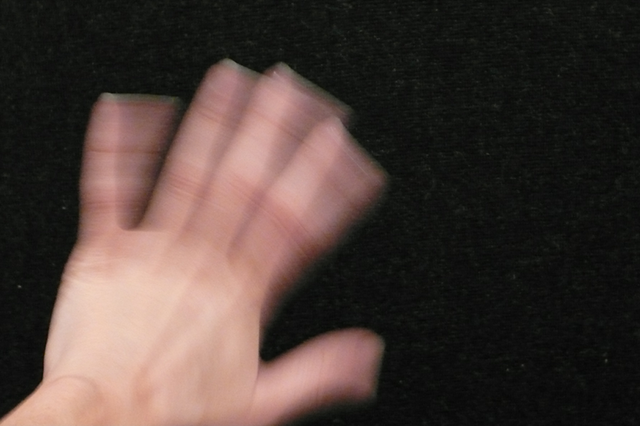 CC/Flickr/The Joneses
No matter how much preparation goes into the college send-off, letting go is tough stuff.

When parents talk about taking kids to start college, they speak of iPads and microwaves, mini-fridges and lofted beds. Unwilling to voice worries about serious things like drinking, date-rape, and drugs, they sigh, wondering whether their precious son or daughter’s bed sheets will see detergent before Christmas. What happens if a roommate objects to their child’s bad habit of carpeting the floor with clothing; worse yet, what if the roommate doubles the amount of clothing on the floor? And how on earth is a kid who’s never remembered to set an alarm going to get up and get to class? It’s probably good for parents to fuss about such things, and yet, when the big day finally arrives, only one thing is important: Kleenex.

No matter how much preparation goes into the college send-off, letting go is tough stuff. It doesn’t seem as if it ought to be so hard, since a big part of parenting is the process of letting go. Kids go to preschool and then to school, they go to sleepovers and movies with friends; they learn to drive. Then, too, kids aid the process by actively pushing parents away.

Granted, some kids push less than others. When the son of a friend of mine reached middle school, my friend was determined to respect his “space.” Scheduled to provide treats for a school event, she gently approached the subject of appearing in his classroom in the middle of the day. He stopped her short by saying, “It’s okay, Mom, everybody has a mother.”

I love her story because my own children thought the school hallway was as close as I ought to get to them. Sometimes I think they fantasized about being orphans – orphans suckled by a she-wolf and left to raise themselves in a city park, or, “box car children,” living in an abandoned place, fooling the authorities while bravely living the script of a Disney movie—anything but children of the ordinary parents they were born to.

You don’t have to come to my concert. … Don’t you dare chaperone the dance. … It’s totally not your business.

To say my children didn’t appreciate my years in PTA or my presence at their school events is like saying they weren’t keen on rutabaga casserole served with liver and onions. To them, my husband and I were best neither seen nor heard — that is, except on the days they forgot gym shoes or homework assignments or needed two dozen cupcakes and couldn’t conjure up a she-wolf to help them out. The amusing part was that the involvement of their friends’ parents was perfectly acceptable to them, even appreciated (Sammy’s mother is so funny; Mary’s dad is so cool).

Through it all, I recited the mantra of parenting magazines: Kids with involved parents do better in school and grow up to be healthier adults. Besides, wasn’t the, “Oh, no, it’s my parents” routine a normal way for kids to assert some independence? (For that matter, wasn’t it normal for me to get a bit of pleasure out of staying in touch, thus, irritating them at the same time?) More than once I thought of the remark made by a woman at church when my kids were little and her son was in high school. She said, “God made ’em teenagers so we’d let go. And, boy, am I ready to let go.”

Of course, thinking it and actually doing it are two different things.

On a college visit with one of our children I struck up a conversation with the mother of twin girls visiting the same school. “It’s really going to be different when they go away next year,” she said. Suddenly, her eyes filled with tears. “I don’t know if I’m ready.” Surprised and embarrassed, she added that she’d just talked to her brother who had moved his daughter into a dorm in California to start her freshman year. “My brother said that saying goodbye was about a four-hour cry.”

That sums it up. The best and worst of parenting is that gaining and losing go hand in hand. To gain the adult leading a successful life, we have to lose the kid who can’t remember to set an alarm. The moment when separation can’t be denied is as necessary as it is painful. Certainly, our kids continue to need financial and emotional support, but once in college what happens with their lives is up to them.

So cry your eyes out leaving them to all the uncertainties ahead, but trust me on this: When college students come home for vacation and stay out with friends until the wee hours of the morning, parents come to a complete understanding of the “good” in goodbye.

Taking kids to college: lots of preparation and a good cry