As a fifth generation farmer, I see the crucial role that the American agricultural community plays in helping the entire nation to succeed every day. Hardworking farmers in the heartland of this country are benefiting others through their sacrifices, by stimulating our economy and spurring job growth in America.

America’s Renewable Fuel Standard (RFS), under its original intent, challenges farmers and workers in the agricultural industry to produce more renewable fuel like ethanol. It calls on folks to work just a bit harder, and for good reason: More renewable fuel means our country is that much safer and less dependent on foreign oil, and we continue to see rising employment here at home rather than ship jobs overseas. The RFS also aims to decrease greenhouse gas emissions so that we, and our children, can work and play outdoors breathing cleaner air.

The renewable fuel industry powered a strong comeback in rural economies across the nation, allowing farmers to gain financial stability after economic uncertainty and downfall. Here in Minnesota, the RFS is responsible for over 48,500 jobs each year and $11.7 billion in annual economic output. And it’s not just our state that sees the benefits. The RFS drives economic output nationwide, with more than 852,000 jobs created in the country annually.

Farmers have met the challenge 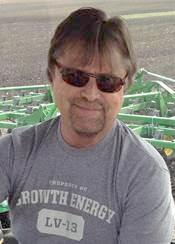 Farmers have efficiently grown more crops on less land to meet the challenges of the RFS. Advancements from America’s green innovators have allowed farmers to produce cleaner biofuels like cellulosic ethanol – the world’s cleanest motor fuel, which can be made from agricultural waste.

Unfortunately, the EPA has pulled the rug out from under America’s farmers, turning its back on what has long been this country’s economic backbone, by proposing to weaken the RFS and leave control of our renewable fuel supply in the hands of the oil industry, which wants to kill it. This hurts our rural economies and hinders farmers everywhere, after 10 years of progress.

While oil industry executives line their pockets with foreign oil profits, leaving America’s farmers to foot the bill, farmers have held up their end of the deal by providing our nation with more clean, secure, American energy. But now, the EPA’s proposal threatens this progress by maintaining the oil industry’s monopoly on the transportation fuel marketplace – leaving us with fewer jobs, more pollution, and fewer choices at the pump.

The EPA must to hold up its end of the deal. We need a strong RFS to protect hardworking Americans and sustain a robust local and national economy.