This past year has seen a lot of attention paid to issues faced by African-Americans in this country. As a woman of color, I’ve been excited to see people paying attention, but saddened to see what it takes to make that happen.

There’s still one issue affecting black lives that hasn’t gotten its due in the public eye: menthol tobacco products. Many people identify menthol with African-Americans, and the stats back it up: 88 percent of African-Americans who smoke use menthols. But the reasons behind that menthol use may not be so clear, and I’m surprised how often people seem to have no understanding of the issue.

Here’s a little background. For decades, the tobacco industry marketed menthol cigarettes specifically to African-American people. They advertised in black publications, using models and images painstakingly researched to appeal to black adults and kids. They placed store and outdoor advertising in black neighborhoods, and sponsored music and sporting events. They even made donations to black community organizations to show how they supposedly cared about the lives of black people. All this was revealed to be a deliberate strategy during the tobacco trials of the 1990s.

Targeting methods are still being used

Today, there are a lot of restrictions on how companies can promote cigarettes. They can’t advertise on television, and direct advertising to kids (with cartoons, e.g.) is banned. But most of the ways I just mentioned for targeting African-Americans are still happening. Compare these two magazine ads – one from the 1980s, and one from this year. Can you tell the difference? 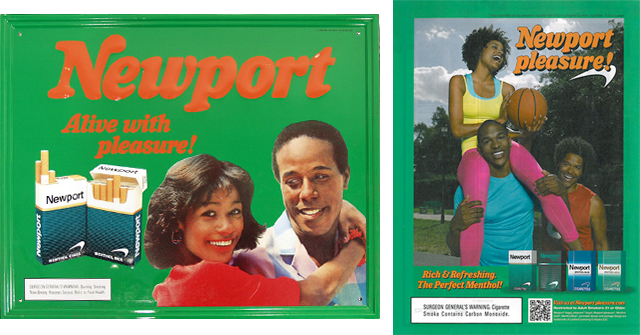 That this marketing hasn’t changed is astonishing, considering what we know about menthol. What do we know? Well, research shows adding menthol, an anesthetic chemical, to cigarettes makes it easier to smoke, easier to start smoking, and harder to quit. Smoking harms everyone who does it – but African-Americans smoke at higher rates, have higher incidence of cancer and heart disease from smoking, and worse outcomes from those diseases. Frankly put, this is a problem that is more intense in my community than in many other demographics. And incidentally, menthol was the only flavor exempted from a federal ban on flavored cigarettes when the FDA took tobacco over in 2009.

The result? African-Americans are more than 30 percent more likely to die of lung cancer than whites. In fact, African-Americans have the highest death rates and shortest survival rates from most cancers. We are also 53 percent more likely to die of heart disease. Tobacco plays a big role in these disturbing disparities. And the numbers should put any question of how much the tobacco industry “cares” about black people into clear perspective.

Some say that this is a personal choice issue. People choose to smoke, and if they want to smoke menthol, so be it. But consider this: When a billion-dollar industry targets a particular community with a product that is addictive and deadly, and works for decades to ingrain the product into that community’s culture, free choice is compromised.

These are the facts:

That isn’t what I call a “choice.” 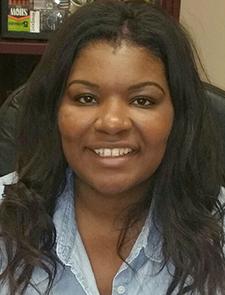 There have been no menthol bans proposed in Minnesota yet, but we are on the leading edge of related work to address flavored tobacco. A proposal currently before the Minneapolis City Council would limit businesses that can sell most flavored tobacco – it stops short of including menthol, but is a step in the right direction. At the state level, this year the Legislature passed a proposal to fund a study and action around menthol use by African-Americans in one Minnesota community.

Also, some recent community conversations about menthol have been held in Minnesota. Experts from the National African American Tobacco Prevention Network have been meeting with local black community leaders to raise awareness of this problem.

Given the role menthol plays in creating and sustaining addiction, and the enormous rates of menthol use by black Minnesotans, it’s time someone did something about this. The steps being taken here a just a start, but it’s a good start, and I’m proud of Minnesota for taking them.

LaTrisha Vetaw is a cancer survivor and program coordinator at NorthPoint Health and Wellness Center in Minneapolis.