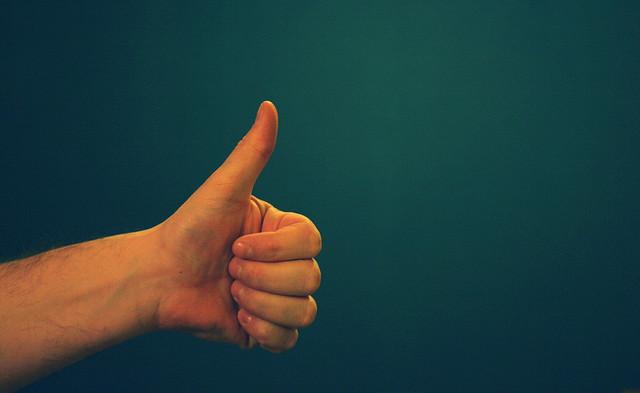 CC/Flickr/Sarah Reid
Thanks to all those who make Minnesota a better place.

Over the Labor Day weekend, I thought about the people we should thank who are contributing significantly for our benefit in Minnesota. See if you agree with my list or whether there are others more worthy.

First would be our two U.S. senators, Amy Klobuchar and Al Franken. In particular, they are to be commended for their support of the Iran Treaty on the Non-Proliferation of Nuclear Weapons. It is easy to want a “better deal” from the negotiations with Iran, but Klobuchar and Franken had the courage to declare early that this treaty is sufficient. The treaty will limit Iran’s use of nuclear weapons and keep us from further military involvement in the Middle East.

Next, Jerry Kill, the University of Minnesota head football coach, deserves our appreciation — not so much for winning more games than former Gopher football coaches, but for leading his team to outstanding academic achievement and great citizenship. Our gopher football team had an NCAA Academic Progress Rating (APR) of 975 out of a possible 1,000, leading most football programs in the country. (For the second consecutive year, our U of M athletes in total had the highest-ranking APR of all public institutions in the country, trailing only private schools Northwestern, Notre Dame, Duke and Stanford.) Our football team also has not had a serious off-the-field player incident of any note under Coach Kill (The football team is only one of 17 in the country that can make that claim.).

Third would be the immigrant farmers who offer their crops at the various farmers markets around the Twin Cities. They are gifted in their ability to grow vegetables and fruits that we enjoy so much in the summer. The juxtaposition of their efforts with the anti-immigrant rhetoric of some U.S. presidential candidates is a reminder of how easily we forget our roots. Unless you are an American Indian, you are a descendant of immigrants. Your ancestors worked to become productive citizens just as these immigrant farmers are doing today.

Next are State of Minnesota employees who demonstrate daily that they are competent, hard working, and often innovative. I had the honor of handing out this year’s 10 innovation awards for Minnesota state government at the end of July. The three best winners were:

Fifth is for the construction workers all over the state who are busy getting their projects done before winter sets in. From the magnificent new Vikings stadium to the numerous apartment projects; from new schools to trendy restaurants; and from new single-family homes to business expansions, we see construction workers plying their trade in the heat of the day or in rainy conditions, many risking injury or even death.

Next is appreciation for the caregivers for our elderly with dementia and Alzheimer’s disease. My mother was so afflicted and the kind, patient care she received was amazing, especially given that my mother could express no gratitude. These caregivers are special people who don’t get paid as much as they deserve.

Finally is gratitude for former President Jimmy Carter. He has been a role model for how to retire not only from public life but from any career. His efforts for world peace, for fair and democratic elections around the globe, and for houses for the poor are examples for all of us on how we should continue contributing after retirement. Carter is also showing great courage in his fight with cancer.

This week, I will be thinking about these individuals and their special work on our behalf. In truth, most of us contribute in special ways for the common good every day. I hope you enjoyed Labor Day — you deserved it.

Jay Kiedrowski is a senior fellow and faculty director of the Public and Nonprofit Leadership Center at the Humphrey School of Public Affairs at the University of Minnesota.

Contributors to the common good: Thanks for working on our behalf