When I was a girl, the town I was born in went up in flames. It was 1967 and newspapers were proclaiming Newark, New Jersey as the city with the worst urban riots in American history. That same year I was performing in the lavish opera houses of Lincoln Center in nearby New York City.

Every week on the way to rehearsals I’d pass by the charred façades of burned-out storefronts where men in tattered pants drank out of brown paper bags. I’d arrive at Lincoln Center’s public plaza where women in mink coats waited to enter a theater with velvet seats and a two-ton Austrian crystal chandelier.

A bizarre gulf between worlds

I was 11 years old, and the gulf between these worlds was bizarre. In one place people seemed to be struggling for basic dignity; and in another, they seemed to be swimming in endless resources.

Backstage at the opera was yet a third world, a place of imagination and possibility. In my role as a dancing frog in a Metropolitan Opera production of “Hansel and Gretel,” a costumer took a pair of green kitchen gloves, added foam weights to each fingertip and stuck then on my feet. Instant frog feet. The costumer’s creative process turned rubber gloves into amphibian flippers. Backstage at the opera, anything was possible.

Newark after the uprising, Lincoln Center’s public plaza, and backstage at the opera — these three places were far apart in every way. Yet there I was, crossing between them on a regular basis. I didn’t have words to describe what it was like to repeatedly bear witness to the brutality of our divided society, so I never said anything out loud. I just silently felt the hurt.

The interplay of these vastly different worlds burned questions into my heart that still drive me today: What if we could use our creative resources to raise up communities that were struggling for survival? How could the arts, culture and the creative process contribute to a less divided, more life-affirming and equitable society? And how might the way I live my life help bridge the divides?

I have been exploring these intersections ever since. My work has been to engage communities with my creative toolbox and facilitate arts-infused leadership programs. In recent years I’ve taught at leadership centers around the world, working with thousands of changemakers from Kuala Lumpur to Rapid City. I’ve seen an astonishing synchrony across all that diversity. 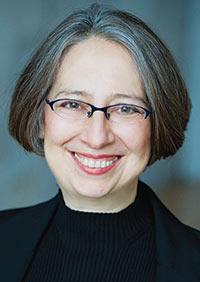 Creative placemaking is one response to that hunger. In 2010, my colleagues Ann Markusen and Anne Gadwa coined the term “creative placemaking” in a white paper for the National Endowment for the Arts that examined art, culture and community development from their lenses as economic researchers. The meaning has been tweaked and reconstituted to fit a range of contexts. Recently ArtPlace America, a consortium of funders with a 10-year commitment to advance creative placemaking throughout the United States, defined it as “strengthening the social, physical, and economic fabric of a community through arts and culture.”

Some think of creative placemaking as an emerging field, others as a movement or the latest grant jargon. I think of it as just the most recent name for activity that is as old as human society: the intentional act of applying the creative process to our collective well-being.

Wendy Morris is the director of Creative Leadership at Intermedia Arts, where she stewards the Creative Community Leadership Institute and Creative CityMaking Minneapolis.

This commentary was originally published in the Minnesota Women’s Press. Republished with permission.