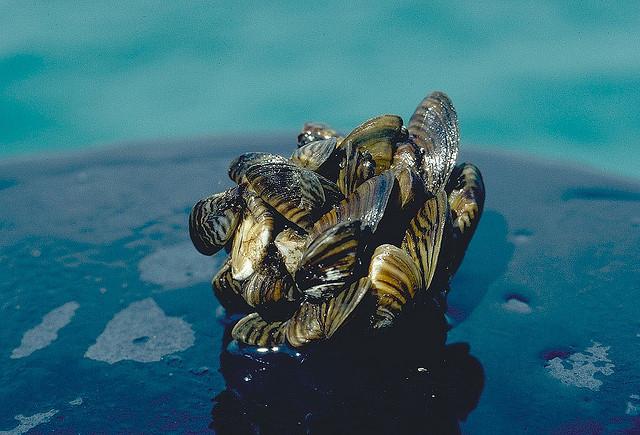 CC/Flickr/NOAA Great Lakes Environmental Research Laboratory
In 2005, Tom Jones, a large-lake specialist with the Minnesota DNR, reported finding only four zebra mussels from 60 dives in Mille Lacs lake. By 2011 he was finding an average of 1,000 per square foot. 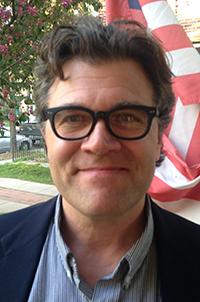 Not only are aquatic invasive species a contributing factor to the walleye collapse on Mille Lacs, they also make recovery very difficult. Full recovery is unlikely because of system changes in the lake, of which AIS are a major contributing factor. We may well have to accept a new normal on that lake. But we do not have to accept that same fate on Minnesota’s other premier lakes.

As the December 2014 Blue Ribbon Panel Report on Mille Lacs Walleye Fishery [PDF] points out, a number of factors are at play in the decline of the Minnesota’s favorite walleye fishery. Some we can control, others we cannot. The report suggested that falling walleye numbers in Mille Lacs may be the result of warmer water from climate change, increased bass and northern pike predation of young walleye due to higher numbers of these fishes, increased water clarity, and the impacts of invasive species.

In 2005, Tom Jones, a large-lake specialist with the Minnesota DNR, reported finding only four zebra mussels from 60 dives. By 2011 he was finding an average of 1,000 per square foot. Each zebra mussel can filter a quart of water each day, stripping out the beneficial algae, the base of the food chain. Zebra mussel densities are so high now that they are filtering all the water in Mille Lacs more than once a day. By 2014, Jones was reporting that there were probably 2 million pounds of walleye in Mille Lacs, but 2 billion pounds of zebra mussels.

Spiny waterfleas prey upon zooplankton, creating cascading effects in the aquatic food web (i.e., less food for perch, small walleyes, and other species and species life stages). If the population and impacts are great enough, research suggests that young walleyes could grow more slowly, which could result in poorer overwinter survival in the first winter of life.

Jones said that he is seeing dramatic declines in zooplankton in Mille Lacs. “It is changing faster than we can detect changes,” he said. There has been a rapid decline in walleye numbers from 2010, following spiny waterflea introduction to Mille Lacs. Said Jones, “It makes sense that zebra mussels and spiny waterflea are having an impact — they dynamically alter the food web.”

Paul Venturelli, the chair of the blue ribbon panel assembled by the DNR to investigate Mille Lacs, agrees: “Having AIS in Mille Lacs takes away some management options. …” Venturelli  added that the decline is the result of “death by a thousand cuts.” The final cuts were the introduction of zebra mussels and spiny waterflea.

There are many high-value lakes like Mille Lacs in Minnesota that are also showing signs of decline. We should take action to protect these resources before they go the way of Mille Lacs. While the collapse of the Mille Lacs walleye fishery is tragic, imagine the impact if Winnibigoshish, Leech, Red and Vermilion — or any of the hundreds of smaller, less well known but excellent lakes in Minnesota — were to fail also.

There are somewho say that aquatic invasive species like zebra mussels and spiny waterflea cannot be stopped, that we must learn to live with them. That is false. Many places have effectively stopped the spread of different invasive species. The Statewide AIS Advisory Committee, appointed by DNR Commissioner Tom Landwehr, discussed this issue in 2013 and passed a unanimous resolution that Minnesota can stop the spread of zebra mussels and other AIS.

When Peter Sorensen, founder of the Minnesota Aquatic Invasive Species Research Center at the University of Minnesota, was presented with the idea that we tolerate AIS and learn to live with it, he called that notion “absurd.”

“People brought them here and now people spread them, so people can stop them,” Sorensen argued. “However, it is like a fire — your chances are much better if you stop it early. In Minnesota, it is not yet too late for AIS, nor is it too late in most cases to reduce the other related and interconnected abuses we are presently subjecting our valuable and sensitive aquatic ecosystems to. But we must act now.”

One first step would be to control the outbound watercraft and water-related equipment from the “super spreader” lakes with 100 percent inspection and decontamination. DNR violations data indicate that Minnetonka and Prior Lake, along with Mille Lacs, are significant originators of infested watercraft throughout the state.

Data presented at the AIS Working Group at the Pacific Northwest Economic Region Summit in Montana this summer show that Minnesota is a significant AIS pathway into their region, and that Lake Minnetonka is the most significant lake in Minnesota in terms of sending outbound infested watercraft.

This summer officials at the Blackfoot Indian Reservation stopped a boat from Minnetonka at the east entrance to Glacier National Park that was infested with living zebra mussels. The boaters were planning on launching in the park. Does Minnesota really want to be known for fouling one of our country’s premier natural wonders? Do we want to have the reputation for ecological recklessness, particularly when it comes to water?

A second step would be to establish strategically placed shielding (inspection and decontamination stations) of critical, high-value waters in Minnesota.

The third step would be to establish “aquatic reserves” within our watersheds. This concept is being used with great results in our world’s oceans and seas. Carefully selected areas of high productivity or strategic ecological significance are set up as no-fishing Marine Reserves. It may seem counterintuitive, but the overall fish harvest increases outside the reserves, more than making up for the off-limits area.

Minnesota has designated preservation areas for prairie and for forests, but not for our critical aquatic habitats, even though lakes and rivers drive a multibillion-dollar-a-year recreation industry and generate the majority of the property tax revenues in many rural areas. By removing some areas from fishing pressure, shielding them from aquatic invasive species, and controlling other human impacts like pollution, we will increase the resilience of the watershed as a whole, increase fish populations, and provide a valuable baseline for ongoing research. Healthy, resilient systems are better at resisting invasive species, and better at mitigating the damage if an invasive species does manage to establish a reproducing population.

The other alternative is to keep doing what we are doing and watch more lakes and lake-related economies crash. We can switch from walleye to bass fishing, muskies or even catfish. We can watch anglers tow boats (and recreation dollars) through the state, bound for areas that took the threat of AIS more seriously than Minnesota has, areas that chose to protect their resource and are able to enjoy the return on those investments.

This is Minnesota. We are better than that.

Jeff Forester is the executive director of Minnesota Lakes and Rivers Advocates, a co-sponsor of the special statewide Aquatic Invaders Summit in St. Cloud last January that attracted more than 400 participants from 57 counties and pooled state and national resources, ideas and innovations for local communities in the battle against AIS.

Minnesota must stop the spread of invasive species in our lakes