As Pope Francis seeks to address economic and ecological matters throughout his visit to the United States, he will encounter our persistent and problematic plague: a massive divide between the “brown agenda” of economic opportunity and the “green agenda” of environmental sustainability. 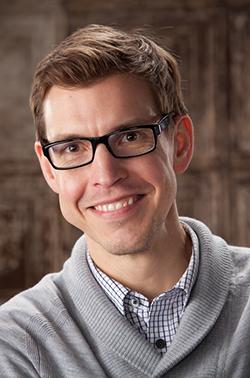 On the one hand, a “brown agenda” concerns economic opportunity, or in other words, the alleviation of poverty. The color has traditionally served as a Catholic symbol for scarcity, both for people and the planet. In light of ongoing distress surrounding malnutrition, infant mortality, and unemployment, the brown agenda is important, urgent, and worthy of support. On the other hand, a “green agenda” relates to environmental sustainability and care for the Earth, as the color is a longstanding representation of hope and nature. As scientific reports affirm the reality of climate change, and in recognition of decreased access to clean water and biodiversity around the world, the green agenda is also deeply important, urgent, and worthy of support.

With the above thoughts in mind, one recognizes that both brown and green agendas are essential for the promotion of life. However, the proponents of each agenda seem to be at odds with the adherents of the other. For example, far too many with a “brown agenda” believe that the best way to reduce poverty is to reduce environmental controls, and to the contrary, those engaged with the “green agenda” too often place the needs of the Earth before the livelihoods of the poor and marginalized. As a result of this persistent struggle between “brown” and “green,” progress on both agendas is limited, and our path toward economic opportunity and environmental sustainability is severely off course.

In recognition of the ongoing tussle between economic opportunity and environmental sustainability, Pope Francis offers an alternative agenda, for ultimately he recognizes that the brown agenda (economics) and green agenda (ecology) are connected; as they are both about the Earth, our Oikos, the home that God has provided. In specifics, ecology, as oikos-logos, concerns the wisdom of how a home functions; and economy, as oikos-nomos, is about the rules that should govern the way we run a home. As a result, while economics and ecology often clash within contemporary conversation (especially during presidential election seasons!), the reality is that they are deeply related, or in others words, two sides of the same coin.

The late South African Steve de Gruchy, a theologian of the Southern Hemisphere like Pope Francis, offered a theoretical metaphor – the olive – that transcends the duality between the “green” and “brown” agendas that has disabled dialogue for the past generation. As a result, an Olive Agenda – one that combines green and brown – provides a profound metaphor that, according to de Gruchy, “… holds together that which religious and political discourse rends apart: earth, land, climate, labor, time, family, food, nutrition, health, hunger, poverty, power and violence.”

Through such an affirmation surrounding the multifaceted connections of all life, an Olive Agenda is a prime example of the “integral ecology” that Pope Francis consistently promotes.

The issue of sustainability

Among other things, an Olive Agenda is rooted in an understanding that although our current economic system – called the “Big Economy” by Larry Rasmussen – has provided a number of contributions to modern life, its logic of boundless production, overconsumption, and unlimited growth works against “the Great Economy,” a term from Wendell Berry. In other words:

Economic production and consumption, as well as human reproduction, are unsustainable when they no longer fall within the borders of nature’s regeneration. So the Bottom Line below the Bottom Line is that if we don’t recognize that the laws of economics and the laws of ecology are finally the same laws, we are in deep doodoo. Eco/nomics is the only way possible.

With these thoughts from Rasmussen in mind, de Gruchy states that, while both brown and green agendas are “fundamentally right” for people of faith, “… taken in isolation each is tragically wrong – and thus we must integrate economy as oikos-nomos, and ecology as oikos-logos in search of sustainable life on earth, the oikos that is our only home.” As affirmed by Pope Francis is his recent encyclical, “On Care for Our Common Home”:

Economic growth, for its part, tends to produce predictable reactions and a certain standardization with the aim of simplifying procedures and reducing costs. This suggests the need for an “economic ecology” capable of appealing to a broader vision of reality. The protection of the environment is in fact “an integral part of the development process and cannot be considered in isolation from it.” We urgently need a humanism capable of bringing together the different fields of knowledge, including economics, in the service of a more integral and integrating vision. Today, the analysis of environmental problems cannot be separated from the analysis of human, family, work-related and urban contexts, nor from how individuals relate to themselves, which leads in turn to how they relate to others and to the environment. There is an interrelation between ecosystems and between the various spheres of social interaction, demonstrating yet again that “the whole is greater than the part.”

All together, in response to the responsibility of humankind to serve as stewards of the Earth, and in light of Pope Francis’ lifelong commitment to accompany the poor and marginalized, an Olive Agenda recognizes that matters of economics and ecology are not only connected, but they are matters of faith, for they touch the core of God’s dream for all of creation. And so, an Olive Agenda shows that a contest between economics and ecology ultimately has no winner, for both are placed under the same house – our Oikos, the Household of God.

As a result, regardless of one’s religious or philosophical perspective, we may see ourselves as stewards to create economic opportunities and make opportunities for creation care, to promote fullness of life – for all that God has created – throughout the world. An Olive Agenda is our path forward.

Brian E. Konkol serves as Chaplain of the College at Gustavus Adolphus College in St. Peter, is an Executive Board member with the Joint Religious Legislative Coalition (JRLC) of Minnesota, and is a graduate of Viterbo University, a Catholic-Franciscan institution.

Pope Francis and an Olive Agenda for America