A recent Politico article, “Minneapolis Gets Trashed,” lauded the Hennepin Energy Recovery Center (HERC) – a garbage incinerator that burns 1,000 tons of trash per day just north of downtown Minneapolis – as a symbol of the city’s bright green future. The article was right that Minneapolis’s trash policy future is bright, but it was wrong about why.

While the Aug. 20 article detailed some of the benefits of the HERC, it ignored the high costs of burning reusable materials for our health and economy. It also overlooked the far more impressive story of Minneapolis moving to zero waste policies, including composting, recycling, and reusing.

Burning trash is bad for our health. According to the Envitonmental Protection Agency (EPA), the average municipal solid waste incinerator actually emits more greenhouse gases per megawatt hour of energy than the average coal-fired power plant. The HERC, just like other trash burners, also emits heavy metals and toxic compounds. These toxic materials primarily affect low-income communities and communities of color. The HERC’s emissions are most heavily experienced by nearby north Minneapolis – an area with high poverty, high unemployment, and significant health issues.

Most is recyclable or compostable

Burning trash is wasteful. Almost three-quarters of the waste burned in the HERC is recyclable or compostable. In Minnesota, we burn or bury nearly $200 million of usable materials every year.

Trash burning is no job driver, especially compared to recycling. It’s estimated that recycling creates ten times more jobs than sending waste to landfills or incinerators. Burning trash is not the best way to go for our health, environment, or economy.

So what are the good news stories happening in Minneapolis? Let me give you four.

A bill focused on sustainability

All this energy around good waste practices in the Twin Cities has inspired me to take action at the federal level. A few weeks ago I introduced a bill that is truly focused on sustainability — the Zero Waste Development and Expansion Act — which would support communities striving toward zero waste by establishing a grant program that funds local recycling, composting, and waste prevention programs. 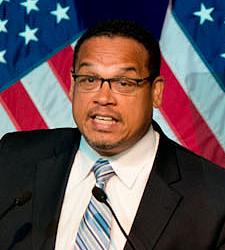 The federal government has an important role to play in helping states and localities finance the development of zero waste programs. The Closed Loop Fund – a group of consumer goods companies like Johnson and Johnson, Coca-Cola, and Unilever – has analyzed the significant need for investment in recycling infrastructure. They have estimated that an investment of $100 million over five years in recycling infrastructure could lead to the creation of 27,000 new jobs, help save municipalities more than $1.9 billion in waste disposal costs, and reduce greenhouse gas emissions by 75 million tons. My bill takes up this challenge with grants to local governments and public-private partnerships to improve waste reuse and reduction.

It’s time we stop wasting “waste,” as the HERC does. It’s time we start thinking about waste as a resource to be reused, rather than something to be burned or buried. There are real good news stories on waste in Minneapolis that will create jobs, improve health, and be better for the environment.

Why get trashed when you can recycle?