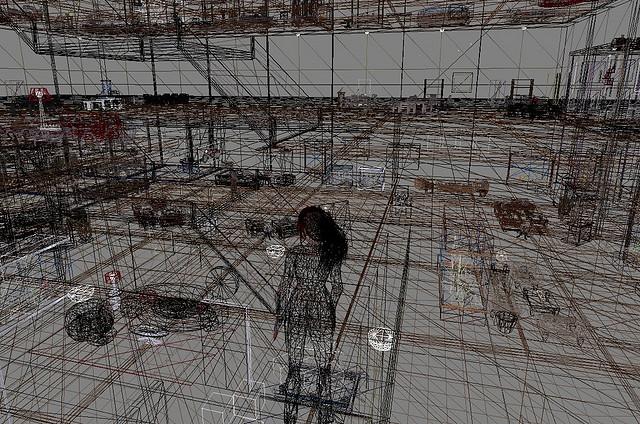 Roger Swenson, a 98-year-old man, totters into a small room containing only computer monitors. A calendar shows the year to be 2062. Moving slowly, Swenson makes his way to a chair and sits in front of one of the monitors. Swenson reflects on his own experience as a student, which occurred years before safety concerns caused parents to insist on remote teaching. Hanging on the wall are black and white photos of Matt’s Bar, the Malt Shop, and a glass-encased frame containing a yellowing, pre-merger collector’s edition of the Star Tribune headlining Mark Dayton’s election as governor in 2010. Into the room enters the energetic 49-year-old teacher, Hugo Dayton — the grandson of the former Minnesota governor. He begins the 5th-grade history class by speaking into one of the monitors.

DAYTON: “Good morning students. Today we have a special treat. We have Roger Swenson with us. He lived through much of the time period we have been studying. Mr. Swenson offered to be a ‘talking artifact.’ Now I know some of you have some questions for Mr. Swenson.”

STUDENT #1 (appearing on monitor): “What did you do for fun when you were growing up?”

SWENSON: “Years ago we played a game called football. Every big city and school had a football team. Every Sunday, people would get in cars and go downtown to a big stadium to watch players from two teams hit and tackle each other while trying to score what was called a ‘touchdown.’ In about 2035, long before you were born, football faded away. Too many people got hurt. Overtime, the stadium was converted to a giant bird aviary. Football was very popular when I was growing up. It dominated the media. Perhaps some of you have seen Sid Hartman’s online articles in the PioneerStar about bocce ball. Years ago, Hartman used to write all about football.”

STUDENT #2 (appearing on monitor): “Football sounds kind of dumb. People actually drove cars to watch other people hit each other? Why did they drive cars? No one uses cars today.”

SWENSON: “Fair question. We did not have decent mass transportation back then. Elected officials insisted on building more and more roads. It worked OK until about 2025, when the roads became so congested that people could not get to work. Also, there was a shortage of workers to fill potholes. In 2036, when Chelsea Clinton and Malia Obama were elected president and vice president, everything changed. Now you and your parents only use mass transportation. You may find this strange, but we actually had buildings called ‘gas stations’ on nearly ever corner next to other buildings called ‘banks’ and ‘post offices.’ I can remember going to gas stations and filling up my car with gasoline — a product made from a black substance called oil. We had big oil companies before alternatives caused them to file for bankruptcy. Have any of you been to North Dakota? Before it became a national refuge for buffalo and antelope, North Dakota actually produced a lot of oil. I am sorry to be rambling.”

SWENSON: “Yes, I knew Hugo’s, I mean Mr. Dayton’s, grandfather. Mark Dayton was the governor of Minnesota back when we had a state government. He was also a teacher. Governor Dayton and I were members of what was then known as the Democratic-Farmer-Labor Party. At that time, there were family farms and labor unions. The name changed over the years to be the Democratic Programmers and Seniors Party. Mr. Dayton’s grandfather was a good governor, always trying to help people and walleyes and pheasants and other animals.”

STUDENT #3 (still on monitor): “Why don’t we have governors anymore?”

SWENSON: “Around 2040, state governments began to disappear. For years, elected officials actually tried to make state government smaller and smaller through budget cuts. Back then, elected officials thought that bringing the price of government down was a good thing. One time, officials actually expressed pride for doing nothing and held an “Unsession” of the Minnesota Legislature. Another time, weeks were spent arguing over whether a northern Minnesota lake should be renamed ‘Lake Sweden’ or ‘Lake Norway.’ Voters simply had enough. Did any of you read about privatization revolution lead by the Bachmann family?”

SWENSON (continuing): “Long before your parents were born, there was this woman named Michele Bachmann. God rest her soul. She had a very, very large extended family and lived north and west of here. Anyway, in 2040, over 100 members of Bachmann’s extended family led an effort to eliminate state government and privatize the few functions state government was still doing. They argued that while the federal government set standards, protected us and provided funding and local governments delivered actual services, state government had become an irrelevant middle man in the entire governance scheme. It was known as the Bachmann revolution. I didn’t like the idea, but the vote to eliminate state government passed overwhelmingly. The state has had no governor since Louie Mondale.”

STUDENT #4 (appearing on monitor): “Were you around when Donald Trump was president?”

SWENSON: “Oh, my yes. It was an unforgettable time. People would host house parties whenever he gave a presidential address. I attended a number of them. Some ended in group laughter and others in group prayer. President Trump had the shortest presidency in our country’s history. Trump was impeached shortly after a State of the Union Address when he described members of the Supreme Court as ‘complete morons,’ tried to have the Constitution replaced by Articles of Incorporation and was caught using government money to buy the rights to a game show called ‘Let’s Make a Deal.’ The process of getting him out of office took a long time, as he wanted to negotiate everything. Before his formal impeachment, the courts appointed a guardian to watch over him, a women named Fiorina who was an expert in handling severance arrangements. Because of Trump’s short time in office and his firm belief that reading and writing was a waste of time, the Trump Presidential Library is primarily made up of pictures and holograms of Trump. If you go there, you can pay money to Trump’s estate and have one of the life-size holograms of Trump call you a ‘loser’ by name! You won’t find that at any other presidential library.”

DAYTON: “Thank you Mr. Swenson. Class, I think it is time for your dehydrated kohlrabi snack break. After the break, perhaps Mr. Swenson can tell us what ‘jerky’ was.”

Robert Moilanen is a Minnesota lawyer who practiced law in both the public and private sector. He is currently on sabbatical and is enjoying visiting presidential libraries, Civil War battlegrounds and civil rights sites.