They’re everywhere, and almost everyone has one. Perhaps even your grandmother.

Anyone with a smartphone can upload “cats behaving badly” videos to YouTube, but the smartphone revolution has also played a crucial role in defending the rights of the oppressed.

The human-rights group WITNESS sees advances in technology as a way of empowering those who until recently had no way of accessing a wide audience to tell their story.

Now the narrative has changed. From capturing atrocities and war crimes in Syria, to unprovoked police brutality in the streets of Ferguson, Missouri, smartphones have helped shift the power dynamic between authorities and the common person.

As a journalist I’ve been noticing a growing trend over the past five years among the public — particularly the young and tech savvy. It’s becoming instinctual for bystanders to pull out their phone and record things that are dramatic, out of the ordinary, or unjust.

With smartphones it’s easier to film incognito, rather than by using a more conspicuous handycam.

In the United States there have been several examples of a video recording challenging the “official” version of events, and setting the record straight. 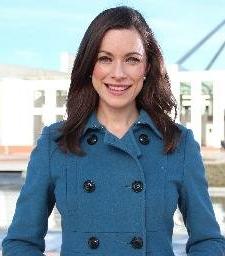 The man who filmed the shooting of Walter Scott released his video publicly after police reported that Mr. Scott had attacked them. The footage showed this was not the case, and changed the official narrative.

The scrutiny that bystander videos facilitate now puts pressure on a would-be perpetrator — for example, a police officer — to obey the rules and treat people respectfully.

In Syria, human-rights advocates are compiling footage that may one day be used as evidence to prosecute for war crimes. WITNESS aims to help these citizen journalists film safely and effectively in such a dangerous and unpredictable environment.

The organiaation is also teaching people how to archive the evidence, and automatically back it up through apps like iCloud.

iCloud was critical in Baltimore case

This was invaluable in the case of Kianga Mwamba, who was spotted by police as she filmed Baltimore officers kicking a handcuffed man. She continued to record when police officers objected to her filming — capturing herself being tasered and arrested, while officers hurled expletives at her. She knew the video would prove her innocence, but when she was released from the police station she found officers had deleted it from her phone. Fortunately, it was recovered through her iCloud account. Charges against her have been dropped.

Advances in technology, such as Periscope, facilitate live streaming. From anywhere in the globe it’s possible to watch events unfold — with a virtual eyewitness view.

From a news perspective, the immediacy is fabulous. But the ability to upload or live stream can also pose ethical dilemmas. Privacy, of course, is a huge issue. WITNESS is working with YouTube to develop a face blurring app to protect the anonymity of innocent people who did not consent to being filmed, and having their image shared online.

The consequences of misuse

But when this technology is used by those with sinister motives, the outcomes can be disastrous.

In Australia in 2011, a female Army Cadet engaged in consensual sex with one of her colleagues. What she didn’t consent to was the live stream of the act played via Skype to several young men in a nearby room.

After an investigation the two young men who masterminded the screening were convicted of criminal actions, the five voyeurs were later expelled. But the gross violation of privacy has destroyed the young women’s career, caused incredible humiliation and distress, and therefore affected the direction her life has taken.

As journalists, we embrace technological changes and how they can enhance the way we engage with the public. And the positives for human rights defenders is clear to see. But, like many things in life, if technology and social media aren’t used responsibly the consequences of the misuse can be horrific.

Leah Craven is a senior political reporter and state political bureau chief for Network Ten television in Melbourne, Australia. She is in the United States for a two-month fellowship with Twin Cities-based World Press Institute; this commentary originally appeared on the WPI Reports blog.