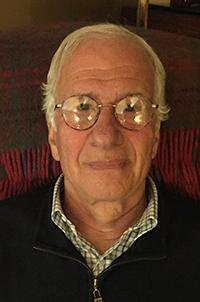 During the 2015 legislative session, The Minnesota Compassionate Care Act (SF 1880) was introduced to the state Senate by its sponsor, Sen. Chris Eaton, DFL-Brooklyn Center, without debate or vote, to initiate a statewide discussion on physician aid in dying. The bill states that a competent, terminally ill adult who has intolerable suffering has the legal right to request of his or her physician a lethal dose of medication, which, when voluntarily self-administered, will end his/her life.

Most states, including Minnesota, have a law making it a criminal offense to assist in another person’s suicide. SF 1880 would decriminalize the act of the physician writing a prescription for a lethal dose of medication; it will be reintroduced by Sen. Eaton during the next legislative session, which begins in March 2016.

I am a retired internist who strongly believes that such an option should be available to the competent, terminally ill, suffering adult. My reasons for supporting the Minnesota Comprehensive Care Act are as follows:

A) The concept of patient autonomy holds primacy in medical ethics. Liberty and self-determination are sources of human dignity; both add value to life.

B) Compassion is essential. How can a physician, or anyone else for that matter, impose their religious or ethical beliefs on another human being who is suffering and, by so doing, deny them the reality of their own life’s experience and the right to have relief from their suffering?

1) There have been no reports of abuse by rogue physicians, and no indications of coercion by unscrupulous family members.

2) Improvement in Oregon’s Palliative Care Services and Hospice has been documented, and now is reported to be among the best in the country.

3) No progression to euthanasia has occurred.

5) One-third of the terminally ill people who filled the prescription for the lethal dose didn’t use it, and died, presumably in comfort, from their underlying disease.

D) Effective safeguards to protect the vulnerable are in place and the law has not been used disproportionately by disadvantaged patients (minorities, the poor and uninsured, the frail elderly, or the disabled).

E) The Supreme Court of Canada has ruled that physician aid in dying will be legal in all provinces by February 2016.

F) U.S. National Polls, such as Pew, Gallup and, most recently, the Harris Poll, taken over the last decade, consistently show that 60 percent to 75 percent of polled Americans favor aid in dying. If these results reflect reality, it shows how a vocal minority — which includes the Catholic Church, organized medicine, conservative Protestants, and advocates for the disabled — have been able to prevent the law from being established in all but six states, with California the latest to approve it.

G) The role of the physician is not just to heal, but to do the hard work of providing comfort and counsel, which requires a full understanding of the individual patient’s hopes, fears and goals, so he or she can fully participate in decisions about their healthcare, especially at the end of life.

1) There are realistic limits to a physician’s ability to relieve suffering. All physicians cannot relieve all patients suffering all the time.

2) Death of the terminally ill patient is not a failure, it is it is a certainty. The person is already dying; this is not the person with full life expectancy and potential, who chooses death over life with its tragic impact on surviving family members, so this is not a suicide in the traditional sense.

H) Physicians will participate in aid in dying only on a voluntary basis; if you are opposed you do not have to participate.

Finally, if the national polls accurately reflect the national attitude, the issue of aid in dying will not be determined by religious leaders, individual doctors, organized medicine, politicians or bioethicists, but by each one of us through the legislative process. As individuals, we must consciously access our own values, conscience, hopes, fears and belief system to determine what is meaningful in our own life and how to approach our inevitable death, and then to communicate with those we love how we want that life to be lived and that death to occur.

David B. Plimpton is a retired Minneapolis physician.

Suffering, terminally ill Minnesotans should be able to decide how their death will occur

By Dr. David B. Plimpton