Clearly the issue of the U.S. government’s criminal use of torture just will not go away, despite President Barack Obama’s wishful thinking after taking office when he declared he wanted to look forward not backward. Last week, former Vice President Walter Mondale publicly voiced his disappointment that Obama has not yet made the entire 6,700-page CIA torture report public. But that is only the most recent of several newsworthy events. 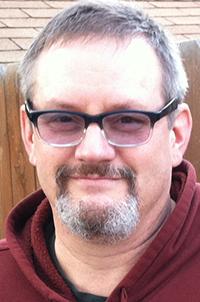 In early October, three former CIA prisoners filed a lawsuit against the psychologists who designed the torturous interrogation techniques. In September, the American Psychological Association reversed a decade of policy that supported governmental interrogation programs that employ torture. And in December 2014 the Senate’s Intelligence Oversight Committee released its “Findings, Conclusions and Executive Summary” of its damning report on CIA use of torture, a tiny fraction (500 heavily censored pages) of the full tax-payer funded 6,700 pages. Mondale is right to worry that without access to that report — and currently not even agency personnel or Congress have ready access to it — the lessons simply cannot be learned.

In 2004 the nation was shocked by photos of torture inflicted by the U.S. military at Abu Ghraib prison in Iraq. A DOD investigation headed by Maj. Gen. Antonio Taguba confirmed that behavior as illegal. Multiple domestic and international laws unequivocally prohibit the use of torture, yet our confirmed, and apparently commonplace, use of torture by our government is off most people’s radar. Polling shows more than half of all U.S. citizens have come to believe torture might be justified, a number that has been rising since 2004. Our use of torture and our unwillingness to hold those who authorized it accountable continues to stain our prestige and standing in the world. Without accountability, Carly Fiorina, Jeb Bush and other presidential candidates have even announced their readiness to reinstitute what they call “harsh interrogation tactics.”

On Thursday, Nov. 12, two nationally prominent activists on this topic will headline forums in the Twin Cities. “Tackling Torture At the Top,” a committee of Women Against Military Madness, a 33-year-old Minneapolis-based peace advocacy group, has invited CIA whistleblower John Kiriakou and psychology professor and rights advocate Bradley Olson to present talks together at Hamline University and at the University of Minnesota.

The first is from 11:30 a.m. to 12:30 p.m. in Room 111, Anderson Center at Hamline University in St Paul. Entitled “US Torture: Insider Perspectives on the Pursuit of Ethics and Justice,” it is part of Hamline’s regular program of lunchtime convocations.  From 3 p.m. to 5 p.m. in Willey Hall, University of Minnesota, the pair will appear in a more extended forum to discuss “Torture: Back in the Spotlight and How to Keep It There.”

Both events are free and open to the public. The lunchtime convocation is sponsored by Hamline University’s Model United Nation program and the Departments of Global Studies, Political Science and Psychology. The University of Minnesota forum is co-sponsored by World Without Genocide at the William Mitchell School of Law and The Advocates for Human Rights.

John Kiriakou is the only person to go to prison for the CIA’s documented torture program … and that was because he blew the whistle on them. A 14-year veteran of the CIA, first as an analyst and then as a counterterrorism operations officer, his encounter, following the Sept. 11 attacks, with the U.S. government’s lawless program of torture led to his going public. Initially charged with myriad crimes, including three counts of espionage, the government dropped all the spurious charges when Kiriakou, to avoid the risk of leaving his wife and five children behind and facing 45 years in prison, eventually pled guilty to only one: exposing the identity of a CIA officer. He is an outspoken and eloquent advocate for CIA and now, prison, reforms.

A co-founder of the “Coalition for an Ethical Psychology,” Bradley Olson was active in the successful 10-year-long effort to stop members of the American Psychological Association’s (APA) from participating in torture at Guantanamo and in CIA programs. He is a community psychologist focused on a wide variety of human and civil rights issues, advocacy and activism, ethics, and philosophy of science. A leader in several organizations advocating for ethical psychology and resolution of conflict, professor Olson teaches at National Louis University in Chicago.

With our use of torture, and the attempts to shape legal opinion to justify it, we have, indeed, entered Dick Cheney’s Dark Side. Obama’s “looking forward, not backward,” a cover for unequal justice, keeps us there. The way out is equal justice under law — investigate and prosecute those who authorized torture in our name. The buck doesn’t stop at the torturers, it stops at the leadership.

Thomas Dickinson is a pianist and piano teacher in Minneapolis; he is also the president of the small cultural exchange nonprofit Siberian Bridges, which deals with a region of eastern Siberia.