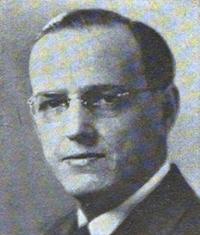 As they say, a house divided cannot stand — and the same is true of a political party vying for an election victory. The 2016 presidential nomination campaign looks like it could be a knock-down, drag-out donnybrook for Republicans. Democrats appear to be settling early on their candidate, Hillary Clinton, who would be America’s first female president.

In the early 1960s, years before the election, conservative Arizona Republican U.S. Sen. Barry Goldwater began to put together what then seemed a long-shot effort to win the presidential nomination. He did so on the first ballot at the 1964 endorsing convention held at the San Francisco Cow Palace.

Just over a year earlier, in an April 1963 Gallup Poll, New York Gov. Nelson Rockefeller had led Goldwater by 17 percent. Popular in Minnesota and throughout the Midwest and East, Rockefeller toyed with announcing his candidacy until it was too late to stop Goldwater, just as Vice President Joe Biden apparently concluded last month in removing himself from consideration in 2016. Eventually, however, Rockefeller and Gov. William Scranton of Pennsylvania did mount an unsuccessful last-minute “anti-extremist” effort to stop the conservative Arizonian’s nomination in San Francisco. For Republicans, this spectacle played out on three networks made for bad TV, to be sure.

Particularly noteworthy in Goldwater’s acceptance speech was his controversial assertion that “extremism in the defense of liberty is no vice” and that “moderation in the pursuit of justice is no virtue.” The Goldwater-drafted Republican platform promised a smaller role for the federal government, to fight vigorously against Communist regimes and advocated for greater individual rights and liberties.

Goldwater/Judd come together in Minnesota

The moderate-conservative schism, of course, reached into the grass roots of state and local party organizations in Minnesota and threatened to undermine a united front. Goldwater’s campaign in Minnesota was not unlike his campaign in other states with its strength coming from the precincts and local communities, especially in Greater Minnesota. Many new faces had joined the Goldwater bandwagon and party ranks as volunteers.

As an alternative to electoral chaos, Republican State Party Chair Bob Forsythe, an Edina lawyer with experience in Washington in the Eisenhower administration, helped to position a “favorite son” presidential effort in Minnesota on behalf of 66-year-old Walter Judd, a respected former 10-term Fifth District congressman.

A World War I veteran, Judd was trained as a physician prior to becoming a medical missionary to China. In Congress, he was an outspoken internationalist who supported foreign aid and fought to secure Chiang Kai-shek’s Republic of China on Taiwan over the Communist mainland. In addition, Judd had received high marks after delivering a stirring keynote address at the 1960 Republican National Convention, which met in Chicago to nominate the Nixon–Lodge ticket. In a significantly redrawn district created after the 1960 census, however, Judd had been defeated in 1962 by Minneapolis State Sen. Don Fraser.

Though at the Republican National Convention he received delegate votes from Minnesota on the first ballot, Judd was not on the electoral ballot anywhere in 1964. But his efforts helped to prevent insider warfare as party activity in fundraising, voter ID and get-out-the-vote continued unabated. Many party regulars and Judd supporters came together to back Goldwater and the rest of the state’s Republican ticket. In a measure of Judd’s long and distinguished career — he lived in Washington, D.C., until his death in 1994 — he was a recipient of the 1981 Presidential Medal of Freedom and the prestigious Fund for American Studies later established the Walter Judd Freedom Award that even now is given annually in his memory.

In the 1964 presidential contest, Goldwater received just 38.5 percent of the popular vote to President Lyndon B. Johnson’s 61.1 percent , carrying only Arizona and five southern states.

In Minnesota, with a united party at work, Republicans lost both the presidency and the U.S. Senate seat held by Eugene McCarthy — young businessman and Wayzata Mayor Wheelock Whitney found it an uphill fight as he “went to bat for Minnesota.” Remarkably, however, Republican-oriented Conservative Caucus legislators retained control of the Minnesota House and Senate and four incumbent Republican congressmen were reelected: Al Quie, Ancher Nelsen, Clark MacGregor and Odin Langen.

Two years later, in 1966, DFL-ers found themselves in a self-destructive mode when Lt. Gov. Sandy Keith took on Gov. Karl Rolvaag, winning the DFL nod from the incumbent in his own party only to lose the September primary election to a better-funded Rolvaag. Up and down the ballot, DFL State Party Chair George Farr found it difficult to hold on to incumbent DFL-ers, already the minority in the Minnesota Legislature. Governor Rolvaag lost to newcomer Harold LeVander, a South St. Paul lawyer and first time Republican office seeker who had a veto-proof Minnesota House and Senate.

In 1976, 12 years after volunteering as a high school student in Watonwan County in 1964, I was able to call on some of the lessons learned from 1964 and 1966 as the state chair of the newly renamed Independent-Republicans of Minnesota.

In 1976, the party had been deeply wounded by President Richard Nixon’s Watergate scandal and the unpopular Vietnam War, with partisan support dropping to as low as 10 percent. Non-elected President Gerald Ford and a very popular Ronald Reagan battled for the party’s presidential nomination in Kansas City. Ford barely won with the backing of most of the Minnesota convention delegates, including me, but both sides knew that the party had to remain viable in the trenches or, essentially, Minnesota would become a one-party DFL state.

In the 1976 campaign Minnesota DFL-ers elected stronger majorities in the State House and Senate, and one of their own — Walter Mondale — was elected as Jimmy Carter’s vice president. Republicans, however, were able to work together and overcome the most damaging elements of the Ford-Reagan split as they began planning in 1978 what came to be known as a comeback “Minnesota Massacre” with the election of a governor, two U.S. senators and a new majority in the Minnesota House.

Chuck Slocum is the president of The Williston Group, a management consulting firm. He has served as state Republican chair and is a former executive director of the Minnesota Business Partnership. Slocum can be reached at Chuck@WillistonGroup.Com.