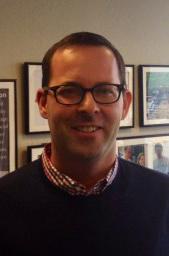 Stop us if you’ve heard this before: “Minnesota is getting older.” For the past several years demographers, policy makers and big thinkers have been warning about the “silver tsunami” — a large wave of aging boomers who will overwhelm our existing aging infrastructure.

Not only is this way of thinking disparaging to older Minnesotans, it’s factually incorrect.

The reality is that while our aging population is increasing rapidly, there will not be a corresponding decrease. The aging pyramid of the 1900s, with lots of people at bottom and fewer at the top, will become a rectangle with relatively even population at all stages of life in the 2030s and beyond.

So the challenge for Minnesota is how we can embrace the future – and increasingly the here and now — rather than fearing the change that is upon us.

Late last month stakeholders and local officials from dozens of communities across the Twin Cities metro gathered in Eagan for a forum on livable communities sponsored by the Metropolitan Area Agency on Aging (MAAA) and AARP. The event, focused on creating great places for people of all ages, highlighted best practices and innovations from communities across the seven-county metro that are doubling down on their commitment to older populations instead of running away from them.

The projects varied, from a circulator bus system in Dakota County to a re-visioning and revitalization of an urban corridor in South Minneapolis, to multiple communities amending local ordinances to expand affordable housing options and accommodate back yard Accessible Dwelling Units – and there are countless other examples from across the metro and indeed the entire state. But the common imperative for these and other communities that are interested in implementing changes to become truly more livable is to first listen to residents and then plan accordingly.

Older adults, starting with today’s boomers, want very different things from those of generations past. In housing, big and institutional is out, in favor of small and residential. In many cases, instead of flocking to urban corridors, they are planning to age in place in suburban and rural settings. Access to public transportation is a bigger priority, as is safe, accessible and active outdoor spaces. According to a 2014 AARP survey, nearly 78 percent of people over age 45 want to stay in their home for as long as possible, and 80 percent believe their current community is where they will always live.

However, we need to stop treating our aging state as a liability and start treating it as an opportunity to invest in more livable communities and capitalize on the Minnesota of the future. As stated in a recent AARP report called “The Livability Economy,” “As the older population grows and becomes an increasingly important market segment, community design that supports the participation of older adults will play a larger role in the financial health of the entire community.”

Locally, MAAA convenes a Lifetime Communities Learning and Action Collaborative where participating communities share best practices, challenges, opportunities, and learnings about community livability as they progress along a continuum of exploration to assessment/analysis to implementing projects.

Increasingly there is more and more data supporting a full embrace of our demographic changes, as well as the notion that creating livable communities is a goal shared by young and old alike.

By no means should we be ignoring or ducking the challenges that exist — transportation, affordable housing, and access to healthcare just to name a few. But the time has come to throw the notion of a “silver tsunami” on the trash heap of bad ideas and shift to an opportunity-driven approach that engages citizens in building communities that are supportive of older residents and people of all ages.

Will Phillips is a Minneapolis resident and is state director for AARP Minnesota, a non-partisan, nonprofit organization representing more than 650,000 Minnesotans. For more information about community livability in your neighborhood, visit the Livability Index, a web-based tool developed by the AARP Public Policy Institute designed to help citizens and policymakers make their communities more livable.

Dawn Simonson is a Champlin resident and is the executive director of MAAA, a connector of national, state, and local resources that assist individuals to age successfully and develop the capacity of communities to care for an aging population. Locally, MAAA convenes a Lifetime Communities Learning and Action Collaborative where participating communities share best practices, challenges, opportunities, and learnings about community livability as they progress along a continuum of exploration to assessment/analysis to implementing projects.