Veterans Day is not just another federal holiday for me. My husband served in Vietnam, and so did many of the working-class boys I grew up with in Robbinsdale. When asked – or drafted – they served our country in a war far from home. 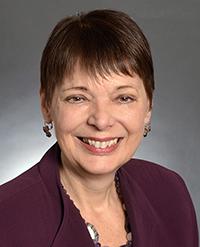 So many veterans of that era returned with both physical and psychological harm. For many, it took decades of struggle to receive adequate treatment from our nation. Though the warriors are now glorified, services for many of today’s veterans — who suffer from PTSD, who are homeless or who are under/unemployed in staggering numbers — are unfortunately still lacking.

When I think about my husband, his peers and the thousands of veterans in my district, I wonder why our nation continues to pour more and more money into intractable wars rather than finding lasting solutions for peace. Both professionally, as a state legislator and former chair of the Senate Committee overseeing Veterans Affairs, and personally, as a veteran’s spouse, I honor those in our families who have served.

This Veterans Day, I urge Congress to remember the sacrifice of our nation’s veterans, honor our commitment to those who serve, and to consider every option that keeps our troops out of harm’s way.

A question of priorities

Regrettably, Congress continues to allocate inordinate sums to the Pentagon budget, to the detriment of the domestic programs that are perpetually underfunded. Even in the budget deal signed in October, the Pentagon will receive the lion’s share of the discretionary budget, and an additional $59 billion in a special war spending slush fund. What does it say about our national priorities that year after year, the largest portion of the discretionary budget goes to weapons and war?

In a recent op-ed calling for an end to perpetual war in the Middle East, Rep. Rick Nolan, DFL-Minnesota, noted that, “With the money we’ve spent in Iraq and Syria, we could have rebuilt our crumbling roads and bridges, allowed every college student in America to graduate debt-free and still given beleaguered middle-class taxpayers a trillion-dollar tax break.” We certainly could have fully funded care for our veterans as well.

To prepare America for real 21st-century threats, economic competitiveness, and a growing veteran population, we must re-examine our federal budget priorities.

Instead, we remain on the same path. The Pentagon continues to spend on overbudgeted and overreaching weapons systems, such as Cold War era nuclear weapons and ineffective programs like the F-35 Joint Strike Fighter. Taxpayer dollars are wasted on fraud, mismanagement and contractor greed. Adding insult to injury, the Pentagon is unable to properly audit and account for all those billions of dollars.

This summer taught us an important lesson about the power and effectiveness of diplomacy. Though it took several years, the United States and other international powers were able to reach a historic agreement with Iran over its nuclear program, averting yet another war in an unstable region. Sustained and determined diplomacy is more effective and significantly less costly than military solutions. Most important, effective diplomacy keeps our troops out of war.

On the heels of such a momentous diplomatic victory, our leaders in Washington must recognize that the same old formula of unchecked Pentagon spending and sustained violent conflict has destructive effects on our economy and those who bear the biggest burdens of the war — our troops and their families.

Our military strategy must have two components: using our forces in violent conflict only as a last resort, and taking care of our veterans when they return home.

It’s time for Congress to put our veterans ahead of political posturing. We owe our veterans an enormous debt, and as Americans, we can begin to repay that debt by making sure that the veterans who have returned home have access to the programs that serve them, such as job training, physical and mental health care, education and housing. We need to honor those among us who have served, not just with a token annual remembrance, but by taking real steps to meet their needs and keep them safe.