In the aftermath of the bloody terrorist attacks in Paris, I am disappointed by the call from many quarters to go to war, once again, in the Middle East. 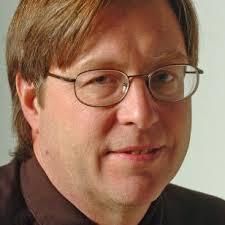 I searched the various news outlets looking for the interviews with peace activists who just might have another perspective on how to handle the butchers of the Islamic State in Iraq and the Levant. But alas, the mainstream media is more likely to interview Khloe Kardashian than someone who has spent his or her life researching non-violent alternatives to dropping bombs.

Still, after scouring the Internet, two things became clear. First, ISIL seems to have a death wish that goes beyond suicide vests. By attacking France, blowing up a Russian airliner and beheading Americans and Brits, as well as posing a threat to Iran, the Islamic State has managed to force those nations to set aside their hostility toward each other and turn it toward these terrorists. Should it be necessary, those nations, and others, may well join in the largest coalition since World War II to destroy ISIL and its caliphate.

Second, there are other options to explore before unleashing the war machine that birthed ISIL in the first place. Paul Kawika Martin, policy and political director for Peace Action and Phyllis Bennis of the Institute for Policy Studies independently recommended several steps that are worth trying.

For instance, stop bombing runs in the Middle East. Sure, they are easy, since our pilots are in no danger of being shot down. It also makes us, and now France, feel better. But it is counterproductive.

The bombs are killing and maiming civilians. That makes them angry and it makes Muslims, particularly Sunni Muslims, from other countries livid that foreign, non-Muslims are killing their people. They get angry, as we did when al-Qaida destroyed the World Trade Center. So they rush to enlist with the only force that is standing up to the West: ISIL. Every time we rain bombs down on Islamic State territory in Iraq and Syria, their leaders laugh because we have walked into their trap.

Let’s also take a page out of our successful fight against al-Qaida and cut off the flow of money to ISIL. Freeze their assets and those of anyone associated with them. Crack down on the sale of their oil, of antiquities and other profitable materials.

Finally, establish serious negotiations — which include Russia and Iran — to bring a cease-fire in Syria. Bennis suggested that back in February and last month it was announced that Iran has been invited to the table, where our allies and Russia already were sitting. If a cease-fire can be arranged, ISIL again is weakened and the deluge of refugees into Europe ends.

All of this is hard work. It takes time. And it is not nearly as satisfying as exacting revenge by blowing up our enemies with missiles and bullets. But it just might bring about an end to ISIL and its brutality without plowing the field for the growth of the next terror group.

Chuck Laszewski is a former reporter at the St. Paul Pioneer Press and freelance writer and author of “Rock ‘n’ Roll Radical: The Life and Mysterious Death of Dean Reed.”

Steps that might really bring about an end to ISIL