The Star Tribune recently reported that a developer is considering a lawsuit against Xcel Energy for stalling progress of community solar in Minnesota. 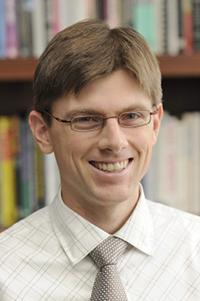 In fact, Xcel has obstructed the rollout of community solar in a deliberate slow walk. It’s been 27 months since the law took effect, but the utility’s own resource plan says it expects just 1 in 7 completed community solar applications (about 40 megawatts) to reach commercial operation after another 15 months, when the 30 percent federal solar tax credit expires.

The Public Utilities Commission (PUC) has been outplayed by the utility’s stall tactics, detailed below. It must provide an enforceable deadline before Xcel runs out the clock on community solar.

September 2013: Xcel opens with a raw deal. Xcel successfully delays the program launch by 12 months with a low-ball proposal. Among other ills, its initial rules include a 20-megawatt cap on community solar through 2015, despite a clear prohibition in the authorizing law. The PUC resoundingly rejects the plan, but when Xcel also rejects use of the “value of solar” pricing program intended by the Legislature, it takes nearly 12 months to get new rules.

During the regulatory effort to advance community solar, Xcel releases an animated video suggesting that solar is done most economically at “large scale.”

Despite this maneuvering, the PUC continues to trust Xcel. The approved grid connection rules, for example, offer no consequences for utility delay.

October 2014: Xcel introduces uncertainty. It’s only been three weeks since the commission finalized the program rules when Xcel files a complaint about community solar projects sharing a grid connection. The utility’s filing comes despite commission comments in April 2014 blessing the notion, Xcel’s own June comments in agreement, and a second commission statement in support (in September). Xcel indicates it will accept these “co-located” projects, but in the same comments the utility makes confusing remarks about how projects will queue up for grid connections. Stakeholder meeting minutes reveal increasing concern among solar developers.

Xcel further foments uncertainty about community solar participation by business customers with multiple locations (e.g. franchises). The utility replies to developer questions on two separate occasions with, “We believe there is no need for additional clarification.”

December 2014: The program opens to massive demand despite uncertainties. Just one week before the program opens, Xcel reverses course on the project queue. Developers who withheld applications for opening day will end up behind those that line jumped, the utility says. Several developers feel duped.

Despite several lingering uncertainties, over 400 applications for 400 megawatts of community solar projects are filed in the first week — releasing enormous pent-up demand for solar energy in Minnesota.

February 2015: Xcel doubles down on doubt. Two months into the program, there’s far more energy being spent trying to get answers than is being generated from the sun. Developers say they still aren’t clear on the treatment of franchise subscribers and express frustration with Xcel’s “black box,” making it hard to find good locations for grid connections.

But as the PUC struggles to put out fires, the utility is setting more.

Just days before the commission clarifies the application process, Xcel files objections to the flood of solar applications, even as it concedes this “may be exactly what was hoped for by the commission, lawmakers, our customers and stakeholders, and solar developers.” Days later, the utility proposes reducing compensation for community solar gardens and asks to shrink co-located projects. On both issues, the commission says it “will not take action at this time” and that we “expect Xcel to administer its program as set out in statute and related Commission Orders.”

By the beginning of April, 307 projects have completed applications and are able to start the (maximum) 90-day clock to get a grid connection approved.

April 2015: Xcel drops the uncertainty bomb; commission concedes. At the end of April, Xcel blows up the program. Within 30 days, the utility says, it will disaggregate all community solar projects owned by the same developer intending to share a grid connection. The move — in direct opposition to a commission order — would shrink the community solar queue by 80 percent.

Xcel’s ploy works, and the commission accepts its negotiated settlement with select developers to shrink co-located projects to 5 megawatts or less, applying it universally and retroactively.

Xcel has all the time in the world, but Minnesotans wanting access to solar energy have just 15 months before the federal incentive expires. The PUC must act to stop the slow walk and get the utility to act on grid connection requests from all completed applications by year’s end.

Xcel has had over two years. Three more months should be enough, if they just pick up the pace.​

John Farrell is the director of democratic energy at the Institute for Local Self-Reliance and widely known as the guru of distributed energy. He’s the author of “Energy Self-Reliant States,” a state-by-state atlas of renewable energy potential highlighted in the New York Times,  showing that most states don’t need to look outside their borders to meet their electricity needs.