And his brain has been mismanaged with great skill

All he believes are his eyes

And his eyes, they just tell him lies

But there’s a woman on my block

Sitting there in a cold chill

She say who gonna take away his license to kill?

“We need to silence that vocal group of activists.” 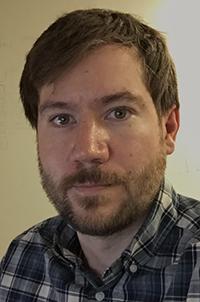 That’s how the head of the Minneapolis police union Lt. Bob Kroll responded on TPT’s “Almanac” on Nov. 20, as a vigil of hundreds took place across town outside the Fourth Precinct, blocks away from where Jamar Clark was shot and killed by Minneapolis police officers.

The calls for justice from national NAACP leaders, community members and clergy, Black Lives Matter activists, and Minneapolis NAACP President Nekima Levy-Pounds were piercing and visibly resonant for a community in anguish — a community suffering from years of abuse and neglect. In that moment, a moment with people from every background, race, ethnicity, religion, all huddled together on a bone-chilling November evening holding candles and listening, demanding, grieving, caring for each other around the warmth of campfires in the dark night, it felt like a different Minneapolis was possible. Our bodies giving shape to a new form.

It shouldn’t surprise anyone that Kroll, who was chosen by the city’s police officers to represent them, would want to silence those voices. Kroll, who said cops felt the situation at the 4th Precinct was “like a local version of Benghazi” and in the past was accused of calling Rep. Keith Ellison a terrorist (no wonder the police would default to using military-style gear and tactics) would much prefer, of course, that police brutality and systemic racism never get discussed or scrutinized.

As Huxley writes in the foreword to “Brave New World,” “The greatest triumphs of propaganda have been accomplished, not by doing something, but by refraining from doing. Great is truth, but still greater, from a practical point of view is silence about truth.”

According to Communities United Against Police Brutality, since 2012 there have been 962 complaints made against Minneapolis police officers and only one ended with disciplinary action.

Kroll himself has a long history of complaints alleging brutality and in only one was any disciplinary action taken. He was also associated with an off-duty police group whose website’s photo gallery proudly displayed members wearing white supremacist symbols and Confederate flags. Kroll’s response, “If you travel the South, Confederate flags are quite popular. I think you would have a hard time proving racism.”

Police Chief Janeé Harteau and Mayor Betsy Hodges have taken steps toward implementing important long-term changes. However, it also seems from Chief Harteau’s recent public statements that she’s more concerned with damage to police property than physical and psychological damage to the people she is supposed to serve — not to mention their civil rights.

As a supporter of Hodges, her response has been especially disappointing. Star Tribune columnist Jon Tevlin suggested in a recent column that Hodges was “accosted” by protesters. If you watch the video you will see activists very patiently asking again and again, “Do you think the police acted with restraint?” And explaining what happened to them: That one young Muslim woman was dragged by her hijab and ended up in the hospital to be treated for her injuries; that peaceful protestors were routinely maced; that they were threatened with “less-lethal” weapons, including Ellison’s son; and that a 14-year-old boy was shot with a “marking round.”

Their questions were more than once met with complete silence from the mayor or with painfully indirect answers about her “vision” for “One Minneapolis.” Where does that vision begin if not here, now?

At one point the mayor responded that “mistakes were made” with regard to the police response to peaceful protesters without ever clarifying what those mistakes were. As author Ta-Nehisi Coates points out in “Between the World and Me,” this passive language, whether well intentioned or not, exonerates the speaker, and preserves “the Dream” — an illusion that absolves its adherents of any responsibility:

The point of this language of “intention” and “personal responsibility” is broad exoneration. Mistakes were made. Bodies were broken. People were enslaved. We meant well. We tried our best. “Good intention” is a hall pass through history, a sleeping pill that ensures the Dream.

Professor William D. Green writes in “Degrees of Freedom: The Origins of Civil Rights in Minnesota” that after a few years of making important contributions to racial equality in the 1860s, black leader, barber, and possible runaway slave Maurice Jernigan seemed to realize that “nuance, in the hands of a new generation of white patrons, even ‘true friends of the black race,’ was increasingly becoming a polite way to say ‘no’ at least ‘not yet.’ ” That some were “well-intentioned, some not, but all availing themselves to various degrees of genteel indirectness.” And that it was time for a “more assertive tone of advocacy.”

This is how a system of racial injustice and inequality persists: In silence, in indirectness, in avoidance, in passivity, in nonconfrontation, in “Minnesota Nice.”

Shut down at City Hall

When anti-police-brutality activists interrupted City Council proceedings to speak last week, they were shut down in a procedural move by City Council President Barb Johnson, who has also suggested that other City Council members not speak out for justice — calling it “not helpful.” To their enormous credit, Council Members Lisa Bender, Alondra Cano and Cam Gordon have stood with their community and refused to be silent.

The truth is as Jamar Clark’s cousin and local activist Kenya McKnight put it: “America has a criminal record. Minnesota has a criminal record against black people.” And as Ta-Nehisi Coates said in accepting the National Book Award for “Between the World and Me,” “At the heart of our country is the notion that we are okay with the presumption that black people … somehow have a predisposition toward criminality.”

We all have the power — and in fact a moral imperative — to say, as Ta-Nehisi Coates says about why he wrote the book, “You won’t enroll me in this lie. You won’t make me part of it.”

If One Minneapolis is actually to happen it will be from hundreds, thousands of Minnesotans standing together, demanding justice loudly. If not — if lives like Jamar Clark’s vanish into silence — there certainly won’t be any answers, and no hope of justice or peace.

On the night of Tuesday, Nov. 24, a man acting with three others shot five peaceful protesters at the protest site. This after days of racist comments from Republican presidential frontrunner Donald Trump — including this about a Black Lives Matter protester at one of his rallies: “Maybe he should have been roughed up, because it was absolutely disgusting what he was doing.”

The accused shooter, in addition to making racist comments, had racist images on his phone, according to the criminal complaint. In one photo described in the complaint, the same man, Allen Scarsella, along with another man charged in connection with the shooting, are pictured with a Confederate flag, wearing camouflage and holding guns. A man charged in connection with Scarcella reportedly texted prior to the shootings: “I know how to make big news or get them to disperse.”

Undeterred by the shootings, Black Lives Matter planned a rally and march beginning at the protest site Wednesday afternoon. Thousands showed up to speak.

Neal Hohman is a web designer who lives in Minneapolis.