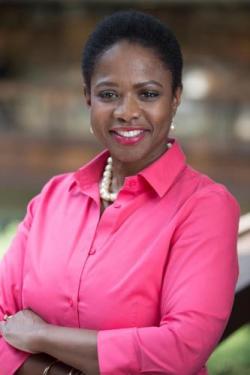 When I was a 14-year-old growing up in New Jersey, these five words caused an emotional tsunami that has altered my life forever. These simple words violently upended my innocence, my sense of safety and trust of adults.

Butch was just 13 years old. He was my ‘Frenemy.’ Always clowning around, Butch was known for slapping girls on our tender budding breasts and then running fast to escape our wrath. I remember he had light skin, sorta wavy hair and was shorter than most of the other boys in his grade. He was popular. As the son of a respected police officer in town, he stayed out of trouble. Though he sometimes hung around some of the rougher boys in school, he never really was one of them. He was their jokester. On the day he was killed by a bullet intended for another African-American young man, no one was laughing.

I had so many questions. Why Butch? Why couldn’t his father protect him like he did so many others? Which one of us would be next? Why didn’t the world stop — Butch was dead!! Why didn’t the adults stop everything to make Butch’s life the most important thing?

There are throngs of children like Butch who are killed each year by gun violence in our state. Young kids like Charez Jones (14 years old), Anthony Titus (16 years old), Alicia Neeley (17 years old) and Terrell Mayes (3 years old), to name a few, all gunned down in my North Minneapolis neighborhood.

And there are many more across the state. According to a May 2015 Star Tribune article, in the last 12 years, 116 Minnesota youths under 18 years of age died from shootings — that’s almost 10 children a year. A few were killed by accident, most by murder. All had their lives inhumanely shortened because we, the adults, tragically failed to protect them from gun violence.

I am convinced that one of the key solutions to our country’s deepening killing crisis is for all of us to have the moral courage and conviction to demand more sensible gun laws of our elected officials — now!

We must demand that they pass laws to make high-powered assault weapons used for war illegal on our streets. We must close the loophole at gun shows and make it mandatory that ALL people selling guns conduct background checks. And we must make it illegal to sell large-capacity magazine clips that kill and injure far more victims in mass shootings.

Finally, I urge everyone who cares about the safety of our children to lock arms with those of us fighting for sensible gun laws. We are the majority. And while I think we must also defend the freedom of responsible Americans to own guns, it must be with the understanding that our freedoms as citizens have to be balanced by our responsibilities toward one another.

In the end, our only means to a safe and healthy society is by ensuring that my individual right to own a gun is balanced by my responsibility toward you, my neighbor, and your right to live.

‘Freedom is only part of the story’

Viktor Frankl, a Holocaust survivor and renowned psychiatrist, believed that since there is a Statue of Liberty on the East Coast there should be a Statue of Responsibility on the West Coast. He also stated something that I, too, believe: “Freedom, however, is not the last word. Freedom is only part of the story and half of the truth. Freedom is but the negative aspect of the whole phenomenon whose positive aspect is responsibleness.”

May our last words to our children be: “We loved you enough to keep you safe from gun violence.”

Sondra Samuels is the president and CEO of The Northside Achievement Zone. This commentary was originally published by the Minnesota Women’s Press and is republished with permission.

Freedom is not the last word: We need more sensible gun laws