The state budget office released Minnesota’s latest budget forecast last month, and we have a projected surplus of almost $1.9 billion this year. Many elected lawmakers, including the Speaker of the Minnesota House, immediately rushed to declare how much of this surplus should be given away in the form of tax refunds instead of invested in the long-term needs of our state. 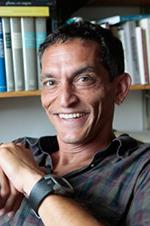 For students, parents and educators, one reason for our surplus is obvious: Our state government backed away from its commitment to fund the future and worsened education inequality over a decade of disinvestment.

While K-12 education support has recovered from the worst of those funding cuts and shifts, when adjusted for inflation it is no better off now than it was 10 years ago. Early childhood education remains a privilege rather than a right, with only a patchwork of subsidies and scholarships available to low-income parents. Perhaps worst of all, per-pupil state aid to the University of Minnesota dropped 40 percent over the previous decade and Minnesota is now fifth in the nation in student debt, with an average of almost $31,000. 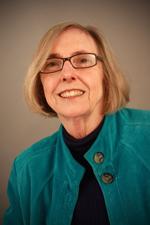 We want to challenge the politicians contemplating a one-time tax giveaway in an election year – or worse, a permanent property tax cut to corporations that will only hurt education further – to look students of any age in the eye when they say we “raised too much revenue.” No, we made shortsighted revenue cuts when it was politically expedient, failed to make hard decisions to meet our obligations when it wasn’t, and now that we have a surplus again are acting as if it is a serendipitous windfall.

Gov. Mark Dayton made clear statements that any tax cuts should be matched dollar-for-dollar by investments in education, with an emphasis on early childhood and pre-kindergarten. We thank the governor for his strong leadership – after all, it is also due to his political courage to raise revenue that we have a state budget surplus again – but we question the wisdom of any revenue cuts when we have such pressing needs in our education system.

On the day the state budget forecast was announced, U of M faculty joined students, advocates, and other educators to call on the Minnesota Legislature to invest our surplus in education “from cradle to career.” Teachers spoke about the need to ensure that high-quality pre-kindergarten programs are available to every child in Minnesota, and about the need for investment in full-service community schools that can ensure the basic physical, mental and emotional health needs of all students. Faith leaders spoke about the need to close our racial education and opportunity gaps that make it more likely for some Minnesotans to go to prison than to college – the “school-to-prison pipeline.”

Investments will pay off

As faculty at the U of M, we understand that all of these pieces fit together – that investment in quality early childhood education and in racial equity will lead to more students from every community in Minnesota prepared to attend our classes when they graduate high school. At our event, we urged the legislature to also include funding for higher education as a major part of any education budget bill in 2016. A college education remains the best path to a fulfilling career and a key component of an engaged and informed citizenry, and we need to make it affordable to as many Minnesotans as possible.

The legislature failed to continue a higher education tuition freeze during the 2015 legislative session, and it is students who are paying the price. The state should fund not just a continued freeze but an in-state tuition reduction at the U of M so that more Minnesotans have access to a debt-free college education. We also propose that the state step in to help fill a growing research funding gap left by plummeting federal research support.

Our state budget surplus represents a critical opportunity, and our elected officials have a choice: They can invest the surplus in our future, or they can throw it away and continue to shortchange our education system. We firmly believe that investing our surplus in education will ensure that learners of all ages, from every corner of our state, have the opportunities they deserve.

By Mark Borrello and Rosemarie Park