It’s an even worse time than usual to be a refugee seeking sanctuary in the United States, particularly if you’re Syrian. In the wake of November’s horrific attacks in Paris, more than half the nation’s governors said they opposed continuing to accept Syrians into the country, and presidential candidates who have demonized refugees have seen their poll numbers rise. 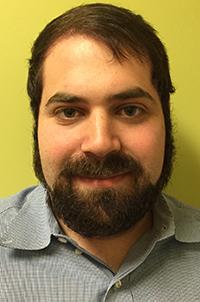 This fear mongering ignores the true story of refugees in America, and it contradicts the experiences I’ve had working with refugees. I recently spent a year as an AmeriCorps VISTA member at the International Institute of Minnesota, a St. Paul-based organization that resettles refugees in the Twin Cities and provides citizenship services, employment training and educational opportunities to new arrivals. During my time there, I had the opportunity to get to know some of our clients, and I developed an admiration for their commitment to building successful lives in their new homes.

Many of them have spent years or even decades in camps before coming here; often they have little formal education and, in some cases, must live with trauma caused by the conflicts that displaced them. Yet every day I encountered strong people determined to improve their education, advance their careers, and build secure lives for their families. I’d encourage those skeptical of allowing more refugees into the U.S. to volunteer with a group like the International Institute and get a firsthand look at the challenges that refugees must overcome to succeed in this country and the commitment of most of them to doing so.

My belief that Americans should welcome Syrian refugees doesn’t just stem from my own experiences and values, though. There’s plenty of evidence that taking in refugees is a shrewd investment as well as an act of compassion.

Some Americans believe that accepting more refugees means more government handouts and fewer people working. The truth is that from the moment they arrive in the U.S., refugees are encouraged to find employment and become independent. Compared to other countries, the U.S. resettlement program places a greater emphasis on building self-sufficiency — refugees are even obligated to repay the cost of their plane ticket to the U.S. Resettlement agencies only provide core services (housing, clothing, food) for a maximum of three months, and refugee-specific government cash and medical assistance is only available for the first eight months. Studies have found most refugees are able to find employment within eight months; in fact, refugees are actually slightly more likely to be employed than native-born Americans.

Research has consistently shown that welcoming refugees has tangible long-term economic benefits. Once established in their new homes, refugees often open up new businesses and create jobs, and their purchasing power has a positive effect on the economies of communities that welcome them. For example, a 2012 study focusing on refugees in the Cleveland area found they generate $48 million per year in economic activity, a huge return on the $4.8 million in annual government funding that refugee agencies there receive. In Utica, N.Y., where around 1 in 5 people is a refugee, these new arrivals are helping to revive an economically depressed city by buying and renovating homes and starting new businesses in once-shuttered storefronts. A 2013 study commissioned by the Minnesota Chamber of Commerce found that immigrants benefit our state through purchasing power, taxes and entrepreneurship as well as replenishing the work force; Syrian refugees tend to be better educated than many immigrants, making them especially well placed to succeed in America.

Many Americans would counter that these benefits are not worth the national security risk posed by Syrian refugees. But the truth is that the threat is minimal, and such fears are based on a lack of familiarity with how hard it is to come to the U.S. as a refugee. Unlike asylum-seekers in Europe, Syrian refugees coming to our country are resettled by the United Nations, which refers only the most vulnerable. A recent article in Foreign Policy magazine by Devon Cone, a longtime resettlement interviewer for the State Department, explains that this process takes years to complete; refugees are exhaustively interviewed and vetted by multiple government departments as well as the intelligence community. This makes the resettlement process the hardest way to enter the U.S. “short of swimming the Atlantic,” in the words of David Miliband, president of the International Rescue Committee. None of the thousands of refugees admitted since 9/11 has been found to pose a credible threat to attack the U.S.; instead, examples from across the nation have shown that welcoming refugees and providing opportunities for them to succeed helps communities prosper.

We shouldn’t be fooled into thinking we need to choose between our compassion and our security and economic interests. By fulfilling our moral obligation toward our fellow human beings, we can make our country stronger.

Jacob Cohn is a Minneapolis resident who served as an AmeriCorps VISTA member in St. Paul from 2014 to 2015.