On Jan. 26 I decided to check out Bernie Sanders. Sanders made a campaign stop at the St. Paul RiverCentre that drew 20,000 people. 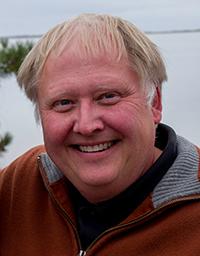 To be honest, I’m flabbergasted that this 73-year-old white guy who seems to frequently lose his hair comb is attracting these huge crowds. You don’t need me to tell you about Bernie Sanders; I won’t discuss his speech. My mission is to tell you what I discovered about his supporters.

I’d say 60 percent to 70 percent of the people attending this event were 30 to 35 years old or younger. Bernie is resonating with the young. The crowd appeared to be split more or less evenly between men and women, but there weren’t a lot of people of color to be seen.

This wasn’t a scientific survey of any kind, but I did have lengthy conversations with several attendees; I wasn’t looking for sound bites. I asked which message is resonating the most? To my surprise, no single message stood out as the main attraction, and more important, people were able to discuss all of the issues in depth.

One 17-year-old talked at length about single-payer health care. He mentioned its efficiency and how it can be accomplished by simply expanding Medicare. When I pointed out that it meant additional taxes, he bounced back without missing a beat: “Yeah, but it’ll save most Americans around $5,000 in health-care premiums.” So I asked if health care was his main attraction to Bernie and to my surprise he said “no” and started talking about the financial sector and the fact that Bernie has no super-PAC. Then he spoke of Bernie’s credentials as a “progressive.” Cognizant of the fact that I was talking to a 17-year-old I asked: “OK, but what’s a ‘progressive’ ”? His response: “Someone, unlike Clinton, who looks beyond the status quo and wants to push liberal agendas to the next level.” That’s as a good a definition as I’ve heard.

A young woman said that climate change is a huge issue for her generation and Bernie is the strongest voice in favor of clean energy: “He was against the Keystone Pipeline from day one.”

The fact that Bernie is a progressive, and has been his whole political career, actually came up in almost every conversation I had. An 18-year-old I talked to said: “Look, this is America, it’s supposed to be the greatest country in the world. We can do anything, yet we can’t have a single payer system?” I met a 32-year-old who’s voted for Republicans his whole adult life. I asked him about Bernie’s progressive status and he said: “Yeah, that’s just it, he’s been consistent his whole life. I’d rather vote for someone who’s stood for something consistently than someone who’s pretending to be a conservative … whatever THAT is these days.”

When I asked people about Bernie’s age they talked about his passion and energy and the lack thereof from quarters like Hillary Clinton. I must say, having seen him, I was impressed by his energy level on stage. Sanders is an energetic and animated speaker. And remember, he’d been in Duluth earlier that day. Maybe he napped all the way from Duluth to St. Paul, but still. Regardless, here again, the support for Sanders seems to go a little deeper; it’s not just about his energetic stage presence. Several people spoke of his lifelong passion for positions that he’s fought for his whole political career. His supporters are looking at that consistency and passion and deciding it says something about his integrity and honesty.

His strength lies in his complete package

At the end of the day either the votes will be there for Sanders or they won’t. I do see some problems for Hillary Clinton. We don’t know yet how broad Bernie’s appeal can be, but he did well in Iowa on Monday. Once people are for him, they’re all-in and Clinton’s not going to peel them away. Furthermore, there is no magic bullet that can be fired at Bernie. His strength lies in his complete package, so even if one can slam one of his ideas (I think Clinton might get some traction with the idea that reopening the health-care debate is scary thing to do, for instance), you can’t sink the whole package.

It remains to seen how broad Sanders’ appeal may be. We can say for sure that he enjoys strong and deep support among his current supporters and his message resonates in depth on everything from climate change to health care. No matter how you look at it, Sanders is currently a force to be reckoned with. If he gets his message out, and it resonates on a much broader scale with voters, he could indeed “win.”

Paul Udstrand is a local writer and photographer; he blogs at Thoughtful Bastards.