“We are the sons of nooo one, bastards of young.”

This Replacements song goes through my head as I’m trying to get these thoughts down on paper. It is the mantra of a lost generation. 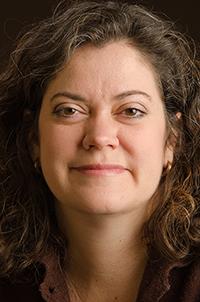 I’m not a baby boomer. I’m not a millennial. I’m in that forgotten generation that is sandwiched in between. Remember us? We’re always overlooked or left out because there are not enough of us to matter, I guess. With 66 million boomers and even more millennials, my generation, the Gen Xers, is less than half of either of those, so we make up what — 20 percent or less of the American electorate.

An epiphany in college

It’s not to say I didn’t try, though. I went to college; I took women’s studies classes. I remember learning then what apparently didn’t make it to my family’s political dinner discussions — that the Equal Rights Amendment (ERA) never made it into the U.S. Constitution. That knowledge created an epiphany for me and directed my work toward social justice — specifically women’s rights, women’s leadership and gender equity. I helped to elect the first congresswoman from Minnesota since the 1950s; I became an abortion rights lobbyist for almost a decade; and I led a campaign to revitalize the ERA in Minnesota when no one else was talking about it.

I was a progressive feminist learning how to be a leader, trying to stake out my position to bring up the next generation of feminists.

It was during this ERA effort that I began working alongside the Gloria Steinem-aged activists and politically involved women (I actually did have Gloria at my 40th birthday party, but that’s another story). I learned first to disdain bringing up the hurtful memories of the second-wavers and their huge constitutional loss just a mere 22 years earlier; and second, their complete unwillingness to extend the ladder down to younger women to learn the ropes or follow in their powerful footsteps.

Insert song lyrics here: “God, what a mess, on the ladder of success, Where you take one step and miss the whole first rung.”

Not passing the torch

I recently read a quote from Steinem that said, “People often ask me if I’m ‘passing the torch.’ I explain that I’m keeping my torch, thank you very much — and I’m using it to light the torches of others.” During the ’90s and most of the 2000s, Steinem and her friends may have helped light a few candles of the next generation here and there, but they very firmly held on to that torch of power. She recently premised her unfortunate comments on the Bill Maher show (about why young women support Bernie Sanders — to chase boys) with the theory that men gain power as they age, so therefore they get more conservative, while women lose power as they age, thus they get more radical.

The white, middle-class women who came of age in the ’60s and ’70s should delight in the amount of power they took by the reins, entirely by themselves. They grabbed a lot and ran far and wide with it, making leaps and bounds of progress and breaking many glass ceilings in the man’s world. They were the firsts of this and that and the other thing. This was the Hillary Clinton crowd.

Let’s not forget during this time that the surge in divorces that liberated women from disastrous marriages also had the effect of freeing husbands to leave their wives for younger and younger women. Further fueling the distrust of women among generations is that patriarchal social construct that women are valued for their beauty more than anything, so youth is power. As women age, they become more and more invisible — just take a look at Hollywood.

And thus Steinem’s fear: As women age, they lose their socially constructed beauty, and therefore lose their so-called power. Along with that they lose their trust in younger women. It is because of this that the women of the baby boomer years as a whole have lost touch for a long time with the women of any younger generation. It is only in this decade that they’ve finally turned around and said, “We’re getting tired. Where is our next generation of leaders?”

Millennials to the fore

Well, Gen Xers waited patiently to step into their shoes, for a while. Before we could demand it, the next generation came out of the gate with the surge of technology-driven skills. The millennials pulled out not just ahead of us, but in spite of us. Women had made just enough gains that women’s studies departments became passé. The word “feminist” itself has been deemed antique and quaint. We don’t need to use, learn, or understand it because to this generation women are simply equal to men and that is that. End of story.

The next generation is not going to be associated with bra-burning lesbians. These women love men, are not shy about their sexuality, and dammit, some of them really need bras. Millennials are determined to chart their own course.

So that’s where we’re at with this perplexity of why young women don’t feel it’s their duty to “do their part” and support breaking this last ultimate glass ceiling, especially with a public figure who has been making the news since the day they were born. The Hillary generation unwittingly let us know that they didn’t need us, that they were still capable, useful and necessary to keep the torch going. Younger women be damned. It was their power and by God they were going to hold on to it as long as they possibly could.

Their mistake: They assumed we’d still be right there behind them.

The big question now is: How do we bridge that divide? I don’t have an answer. What comes to mind, though, is the practice that men have perfected for centuries of giving up a bit of their power to mentor someone coming up behind them —it’s usually to someone who looks just like them, white and male. They learned long ago that the next generation needs to be trained in order to take care of them when they know they’ll eventually need to step down. It’s about grooming, filling the pipeline, helping them learn from mistakes.

Women have to learn to trust women. Women have to realize that whatever power they may have, it still needs to be shared in order to keep that power in play. The Hillary women have to trust the millennials and the generation in between to do the right thing, not chastise us for doing it our own way.

M. Kathleen Murphy is a communications consultant and graphic designer for political candidates, nonprofits and small businesses. She is currently the chair of Gender Justice, a nonprofit litigation and advocacy organization that addresses the causes and consequences of gender inequality. She lives in St. Paul and works throughout Minnesota.