“I’m an originalist. I’m not a nut.” That is how Justice Antonin Scalia characterized his approach to interpreting the Constitution when he spoke to a capacity audience in Minnesota only four months ago. 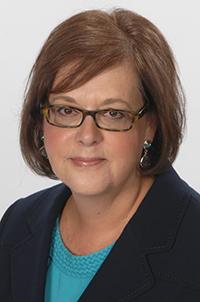 The University of Minnesota Law School sponsored the event. As a graduate, I was able to secure tickets to hear him speak at Northrop Auditorium last October.

I was excited to hear what the “conservative” Scalia had to say, even though I idolized the “liberal” William O. Douglas in the prime of his career.

Decades ago when I was a law student, we called people like Scalia “strict constructionists.” At the risk of making my former law professors cringe or, more likely, turn over in their graves, I think of an originalist as someone who construes the words of the Constitution narrowly. An originalist asks, “What did the drafters mean when they wrote the words they wrote?” Non-originalists might be more concerned with making the Constitution a living document that pertains to current issues. So they would ask, “What would the drafters have meant if they were alive today?”

I didn’t take notes or record Scalia’s lecture because we were directed to come without cellphones, computers, backpacks or handbags. That makes me a poor scribe of how witty and mesmerizing he was. I do remember that he chided lawyers who write and talk in legalese. He preferred the use of understandable, conversational language. For example, in legal briefs, lawyers are prone to saying “the instant case” instead of “this case.” You wouldn’t walk around a cocktail party and comment how good “the instant drink” is, he said.

With humor, but not disparagement, he pointed to the lack of diversity among the Supreme Court justices, who are predominately from the East and graduates of Harvard or Yale Law Schools. Because they are not representative of the citizenry and are not elected, they should not make laws, he argued.

Someone asked about lifetime appointments for U.S. Supreme Court justices. Scalia opined that all sitting justices were still firing on all cylinders and that they would know when it was time to retire. (Unfortunately, my idol, Douglas, did not.)

One person fittingly asked the originalist if he had used the privilege of his office to read an original copy of the Constitution. Scalia responded that he had not. He was confident that the copies floating around were accurate replicas of the original document.

Scalia delivered the best lecture I had ever heard, including the one I attended when my idol spoke to students during my law school career. I envied Scalia’s wit and brilliance. My friends and I left declaring that we, too, were originalists. That doesn’t mean we changed our liberal or semi-liberal views. We just believe that the Constitution should not be stretched, expanded or updated by judges for noble or other purposes. Legal scholars are better equipped than I to debate whether Scalia succeeded at this.

What I do know is that I am not concerned about whether the person who replaces him is liberal, conservative or any other flavor. I only hope his successor will be someone with as great a mind.

JoAnn McGuire is a former corporate litigation attorney. For the last several years she has worked as a nonprofit executive. Recently, she founded a nonprofit called Women Still Working that helps professional women age 55 and older find rewarding work, whether paid or unpaid. She lives and works in Eden Prairie.