MinnPost’s recent story on computer education at Chatfield Elementary in Belle Plaine (“The rise of coding: How one rural district is changing with the times“) was encouraging yet frustrating. The story described how all Chatfield second-graders are learning computer coding, with plans to make coding part of the curriculum for all Belle Plaine (K-12) students next year. 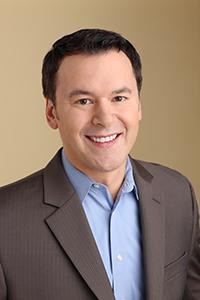 I applaud these forward-thinking educators and parents who grasp the critical importance of coding education. Their tech-savvy kids will graduate not only with advanced math and logic skills, but they’ll have a compelling advantage over other students vying for desirable IT jobs with healthy salaries and family-friendly benefits.

So why am I frustrated? There are “roughly 15,000 open computing jobs” in Minnesota today, “offering an average salary of $84,705,” reports MinnPost. And Fortune magazine ranked Minnesota as the “Fastest-Growing State for Tech Jobs” in 2015. Nationally, jobs related to science, technology, engineering and math (STEM) are projected to increase by 14 percent by 2020 (and much higher in certain sectors). Yet as the number of enticing IT career opportunities expand here and elsewhere, Minnesota’s educational leaders have failed to expand K-12 computer learning statewide. Sadly, innovators in Belle Plaine are outliers, versus the norm.

As the founder and CEO of a large Minnesota-based IT consulting and software training company, I grasp the significance of the Belle Plaine initiative. Every year we spend considerable resources simply trying to find qualified professionals to hire. Like many technology firms, we offer above average salaries and benefit packages, including a paid three-month sabbatical after seven years of service. Our people consistently vote our company a “Best Place to Work” and rarely leave.

A firm like ours should have more qualified candidates than employment opportunities, yet it’s just the opposite. I believe the general lack of computer science education during the formative years of our state’s young people keeps many of them from considering the benefits of a career in information technology.

Despite the opportunities and lucrative rewards of IT careers, “only one in four Minnesota schools have taken it upon themselves to start preparing their students to fill this employee gap,” reports MinnPost.

I’m hopeful the times are a’changin.

President Barack Obama recently announced an ambitious “Computer Science for All” funding initiative that – if approved by Congress – will allocate $4 billion in funding for states and $100 million directly for school districts. Whether or not that happens, I don’t believe Minnesota should wait. Gov. Mark Dayton, Lt. Gov. Tina Smith, state and local board of education members, state legislators, teachers, parents, business people and students all should push to make the Belle Plaine approach to computer education the norm for every school district in our state – now!

Beyond helping frustrated IT employers, making computer programming a K-12 education requirement would encourage more women and people of color to enter this lucrative and exciting field. Today, 92 percent of software developers are male. Common sense tells us that 12 years of compulsory computer language education would level the IT playing field for all students, regardless of race, gender or socio-economic backgrounds.

If Minnesota’s leaders would champion K-12 computer-science education for every public school student, many bright Minnesotans would enjoy fulfilling, stable and financially rewarding IT careers in our state. What’s more, Minnesota would leapfrog ahead of domestic and international competitors in research, health care, business and many other areas where STEM skills count.

Of course, not every student will want to pursue an IT career, but mandatory K-12 computer education would ensure that all our students graduate with strong “numeracy” skills. Such skills would enhance their performance in many other careers, not to mention in every day life where fluency in the language of numbers is as important as traditional “literacy” (reading and writing).

Think I’m making a mountain out of a molehill? Consider a recent test of adults in 24 countries on their basic numeracy skills. Administered by the Organization for Economic Cooperation and Development, people were asked questions about odometer readings and “sell-by” tags. According to a story in The New York Times (2/28/16), “Americans ended an embarrassing 22nd, behind Estonia and Cypress.”

Maybe Minnesotans can take a page from Estonia’s playbook. This tiny country made a conscious choice to embrace technology to propel itself out of poverty after throwing off the yoke of Soviet domination in 1991. What was Estonia’s first decision after finally achieving economic and political freedom? It made computer-coding education a requirement for every student beginning in kindergarten through their senior year in high school. Not coincidentally, Skype was created in Estonia and the country currently ranks number one in WiFi availability and quality.

If we’re not careful, smart young Estonians – and other tech savvy people from all over the world – may land lucrative IT jobs in our state as people already here move to back of the line.

Tom Salonek is the founder and CEO of Intertech, a St. Paul-based IT consulting and software training company. Salonek is the author of “The 100: Building Blocks for Business Leadership.” He can be reached at tsalonek@intertech.com.

All Minnesota students should have access to computer-science education