During the final days of February the MPCA released a report documenting nitrate pollution in 60 percent of wells across central and southern Minnesota, an indication of the scope of the threat that industrial agriculture poses to Minnesota’s waterways. A few days later, at the state’s first ever Water Summit, Gov. Mark Dayton shone a spotlight on the critical challenges Minnesotans face in protecting and restoring our treasured waterways. In his opening remarks he described the paradox of water quality, that “those who are the sources of the problems are also the sources of their solutions.” We would propose, however, that it is corporate agribusinesses that are in fact the source of the problem, and that it is farmers who are the source of solutions. 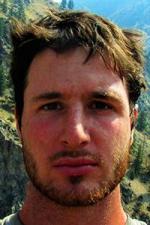 Too often it is executives in boardrooms far removed from agricultural fields that make decisions on production, not the farmer in those fields who knows and understands their own particular agricultural ecosystem. Take factory farms, for example. Corporate contractors crowd too many animals into too small of a space. The amount of manure produced on factory farms is astounding. In 2012 alone, the largest factory farm operations in the United States produced an estimated 369 million tons of manure – about 13 times as much as the sewage produced by the entire U.S. population.

Here in Minnesota the situation is equally dire. The Minnesota Pollution Control Agency (MPCA) estimates, based on the volume of manure produced within our borders, that the equivalent of 50 million people inhabit our state. In fact, only 5 million people live here – the remaining manure, equivalent to what a human population of 45 million people could produce, comes from livestock. And the cropland acreage these factory farms retain to absorb the manure produced by their animals is insufficient, leading inevitably to over-fertilization and runoff. The consequences of corporate irresponsibility on feedlots are a constant flow of nitrates, phosphorous, and manure-borne bacteria directly into our waterways. 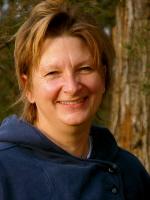 The pressures on our waterways imposed by animal feedlots represent just half of the problem. The cultivation of commodity crops like corn and soybeans has created equally burdensome pollution pressures. Industrial farmers producing within corporate constraints regularly overapply fertilizers, pesticides and herbicides. In conjunction with irresponsible cultivation practices that compact soils and increase the volume of agricultural runoff, the overapplication of agro-chemicals has turned our rivers, lakes, and streams into toxic messes.

The ever-growing dead zones in the Gulf of Mexico and Lake Erie (which poisoned the drinking water for 500,000 people around Toledo, Ohio in 2014) are examples of the havoc that corporate agribusinesses wreak on ecosystems and people alike. Minnesota alone sends millions of tons of agricultural pollutants downstream to the Gulf each year. And across the nation pollution from agriculture contributes to poor water quality in more than 100,000 miles of rivers and streams in the United States, along with 2,500 square miles of lakes and 2,900 square miles of estuaries, according to the EPA [PDF]. These waters are too polluted to be safe for fishing or swimming and are uninhabitable for wildlife.

Regarding our natural resources, certain basic truths exist that apply uniformly to all farms. For one, clean water is not a frill; it’s survival. And for another, regarding private land and the public resources gifted within, we all have a solemn responsibility to balance our personal needs and those of the larger population of living things on and beyond our private acres. Although we can’t expect others to devote the acreage and effort that our farm has to the cause of conservation and clean water, we can and do expect all farms to do their share on perhaps the greatest public resource issue facing Minnesota: preserving our clean water legacy. Build and restore buffers. Use cover crops and diversify rotations. Leave crop residue to build up soil organic matter that feeds microbe populations that for free deliver to us fertility, disease suppression, carbon-trapping, and water-holding and purification functions.

These are just a few of the ways that Loretta safeguards Minnesota’s soil and water resources for future generations, all the while producing food for others and supporting her family.

It’s also worth noting that cover crops have long been used to improve soil health and boost crop yields, as Stephanie Strom noted recently in a New York Times article (“Cover Crops, a Farming Revolution with Deep Roots in the Past”). But over the past five decades or so, as corporate control over agricultural production systems expanded, cover crop use has declined.

After the toxic algae bloom in Toledo, Ohio, knocked out the drinking water for hundreds of thousands of people two years ago, and with the Flint tragedy still reverberating across the country and many more communities on the brink of losing access to clean water, it is more important ever that we take action to protect our most vital resource. It’s time for corporate agribusinesses to take responsibility for the pollution they produce on their agricultural fields by adopting practices like cover cropping and buffer strips, and reducing the use of fertilizers and other toxic agrochemicals.

Peter Suechting is a clean water organizer at Environment Minnesota. Loretta Jaus is an organic dairy farmer from Gibbon, Minnesota.