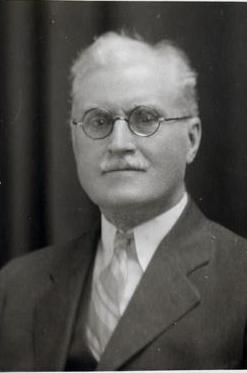 March 21 is World Down Syndrome Day, a time to draw attention to the genetic condition caused by having an extra copy of chromosome 21. Affecting approximately 1 in 700 infants born each year in the United States, our 1-year-old daughter included, Down syndrome is the most common genetic cause of intellectual disability and results in a host of other developmental challenges, as well.

Today, the prospects for people with Down syndrome are better than ever before, including longer life expectancy and greater inclusion, but much remains to be done. This includes addressing the signs of prejudice against people with disabilities that quietly persist in our everyday lives.

No community likes to think that they harbor such symbols, but one sadly remains in Minneapolis: a street, running nine blocks parallel to Hiawatha Avenue, named in honor of Charles F. Dight (1856-1938), founder of the Minnesota Eugenics Society, radical promoter of Minnesota’s now-defunct eugenic sterilization law, and outspoken admirer of Adolf Hitler. The street’s name is a continual reminder, indeed memorial, of a time when intolerance and hate toward those who were different or disabled prevailed. It has no place today.

Dight was a fervent proponent of eugenics, the fallacious belief that “scientific” breeding, similar to the breeding of livestock, could improve the human, and particularly “white,” race. Supporters of eugenics incorrectly believed nearly all human characteristics to be hereditary — including intelligence, criminality and social deviance, and socioeconomic prospects. Those who were seen as “fit,” eugenicists argued, should be encouraged to reproduce, while those seen as “unfit” should be discouraged from doing so, lest they cause, as Dight explained, “the rapid increase of incorrigible youths.”

A potent nexus of irrational fears

In the last decades of the 19th and first decades of the 20th centuries, the eugenics movement thrived in the United States at a potent nexus of irrational fears, such as class insecurity and racism, seemingly substantiated by the rational sciences of evolution and heredity.

And on April 8, 1925, after a tireless campaign by Dight, Minnesota passed a eugenic sterilization law. The Minnesota law authorized the sterilization of people classified as “insane” or “feeble-minded” — an amorphous term describing people with intellectual disabilities, who lacked formal education, or who did not meet arbitrary measures of “intelligence.” The law remained in effect until 1975, during which time Minnesota sterilized 2,350 individuals, 78 percent of whom were women and most of whom were institutionalized under the guardianship of the state. The goal: to stop people seen as undesirable from reproducing and further “burdening” the state and society. Nationwide, approximately 65,000 people were sterilized under eugenic laws.

Dight had hoped Minnesota’s law would be far more sweeping than it was [PDF]. In fact, he had wanted to sterilize nearly 10 percent of the state’s population, and his advocacy for eugenic policies continued. In 1933, the same year that Adolf Hitler enacted a compulsory eugenic sterilization law in Nazi Germany, Dight wrote to him [PDF]:

I enclose a clipping from the Minneapolis Journal . . . praising your plan to stamp out mental inferiority among the German people.

I trust that you will accept my sincere wish that your efforts along that line will be a great success . . .

In the clipping, Dight had written, “if carried out effectively, [Hitler’s plan] will make him the leader of the greatest rational movement for human betterment the world has ever seen.”

Left his estate for eugenics research 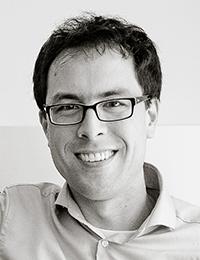 Dight died in 1938, before he could witness the full magnitude and systematic terror of the Holocaust. Nonetheless, he was a supporter of the idea of “race betterment,” as he wrote in his will, until the end. He left his estate to the University of Minnesota to establish the Dight Institute for Eugenics Research. Later known as the Dight Institute for the Promotion of Human Genetics, the Institute remained at the University into the 1960s, when it was divested, and closed in the early 1990s.

At a time when we are increasingly conscious about the meaning of symbols that glorify prejudice — such as the Confederate flag, Columbus Day, or the Washington Redskins — a street named after a eugenicist admirer of Hitler is sorely out of place. Indeed, while we have made great strides in accepting people with disabilities such as Down syndrome, the persistence of monuments such as Dight Avenne that celebrate someone who actively promoted intolerance and hate undermines much of the work that has been done. 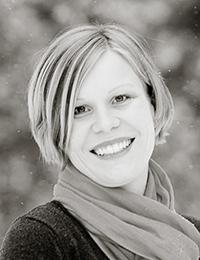 As residents of south Minneapolis, we must often cross Dight Avenue as we drive across town. Each time we do, we imagine a moment in the future when we must try to explain to our daughter who this man was, what he wanted to do, and why the city still memorializes him. And we cringe, because she would have been on his list.

Nicholas and Petra Buchanan live in Minneapolis and have a daughter with Down syndrome. Nicholas is a visiting assistant professor in the Program in History of Science and Technology at the University of Minnesota, Twin Cities, where he teaches classes on ethics and the history of science and technology. Petra is a postdoctoral researcher at the Department of Laboratory Medicine and Pathology at the University of Minnesota Medical School in Minneapolis, where she investigates the early detection of ovarian cancer.