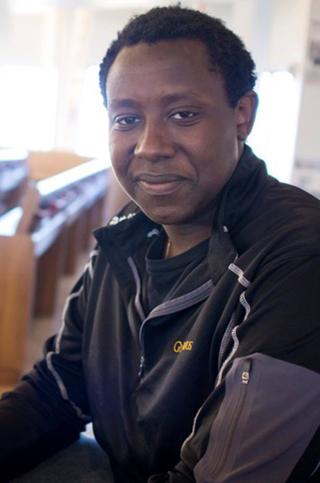 Logan Boese is an Ethiopian refugee who was adopted at the age of 3 and raised in rural southwestern Minnesota by a Lutheran pastor and a high school administrator, an upbringing he describes as “just about as white and Minnesotan as any of them.’’

As a student at Gustavus Adolphus College, majoring in religion and philosophy, Boese said he felt as much or more kinship with white students as with others of color. So he was shaken badly one day a couple of years ago when he saw his name and a racist slur spray-painted on a sidewalk outside his residence hall.

College administrators acted decisively, and found and disciplined the perpetrators. But the incident “unleashed a wave of panic,’’ Boese said, among other students of color who came forward to talk publicly about difficulties they felt as underrepresented minorities on campus. In the end, he was grateful for the embracing response of the college and the community in St. Peter, and he’s on course to start his career with a tax compliance company after graduation this spring.

“The barriers that face the institutions I represent, as well as the others within our state, MUST be worked on,” admonished Boese, who is chairman of the Minnesota Association of Private College Students, under the Minnesota Private College Council. “And I would hope that the care and energy that was dedicated toward my situation will be directed towards finding ways to help our growing populations (of color) and changing demographics. I believe that Minnesota and its institutions will rise up to the challenge.’’

Boese was one of six student speakers and more than 150 attendees at a recent “Hungry for Equity’’ forum at St. Paul College, designed to gather ideas for new policies and best practices that erase Minnesota’s unacceptable racial disparities in higher education attainment and prepare students for skilled jobs and good careers.

The event was sponsored by an impressive cast of groups with a stake in higher education equity and varying approaches to closing the current racial gaps in credentials and degrees. The sponsors were: the Minnesota State College Student Association, Everybody In, the Minnesota Education Equity Partnership, the Citizens League, Students for Education Reform, and the Minnesota Private College Council. Growth & Justice, the organization I’m privileged to serve as president, was also a partner. Funding was provided by the Ryan Companies and the Bush Foundation.

Breakout sessions at the forum produced lively discussions and well-reasoned arguments for a host of remedies.

All those options and others already are being pushed by one or more forum sponsors and other organizations, either at the Legislature or with employers and higher-ed institutions. Speakers at the forum called for a more organized higher-education equity coalition with a persistent and specific agenda, and the sponsoring partners appear to be coalescing around just such an effort.

Plenty of data and statistical analysis was offered at the breakout sessions in behalf of various remedies. And a recurring theme, echoed by students and experts, was that there is no single panacea for disparity, that many solutions must be brought to bear in order for Minnesota to reach its new goal of 70 percent post-secondary completion by 2025, and for all communities of color to have roughly the same attainment rate as whites.

Amid all the wonky details of policy and equity reforms in the presentations, it was Boese and five other student speakers who infused the event with a deep frustration over structural racism and a hunger for equity, as well as a spirit of can-do optimism.

Robert Ellis, currently the president of the Minneapolis Community and Technical College student government, described his own relatively privileged upbringing for a person of color, being a third-generation college graduate in an African-American family that obviously valued and pushed for higher education.

But Ellis said he discovered as he grew older the larger “sad truth of the black experience in Minnesota: subpar education, the cycle of poverty, the (lack of) access to expensive higher education, the programming of black minds by record companies championing the most gangster rap in favor of empowering hip-hop, the destruction of the image of black men and women, the `good ole boys’ clubs set up by every employer to stop the advancement of people of color, and all the destructive practices of this social construction we call race.’’

LyLy Vang-Yang and Ariel Mendoza, each of whom have been students at Inver Hills Community College in Social Justice and Gender and Women’s Studies, presented in a creative duet form, speaking individually at times and simultaneously from a script. Their edgy message included these statements: “In the classroom, neither of us have ever had a teacher of color that is a woman. This is a problem. … It matters that we have women of color who can teach us what is possible. … We know what we need to succeed. We don’t need pity. …We are ready to work and we are good at the work we do. We are resilient and ready!”

Oscar Corral, also a student at Inver Hills, aiming for a major in biomedical engineering or social justice, says he is persisting and succeeding despite counselors who lack cultural competence. And he described a clear but subtle racism he has encountered in high school and college since he arrived from Mexico five years ago, speaking little or no English. “Once teachers and some students find out that I’m Mexican, a lot of things change. First, since I look like a white traditional student, they treat me great, but after they find out, they start to push me away and interact less with me. … I would love to have more faculty and administration with diverse backgrounds.’’

Husna Ibrahim, a Somali born in South Africa, now a junior majoring in sociology and minoring in Spanish at the University of Minnesota, said she came from a culture where girls were not expected to advance beyond the fourth grade. International students coming from this culture “are in desperate need of guidance to help navigate the college experience,’’ she said. A feeling of isolation surrounds many students of color, she said, and “we need a gateway. Policy-makers need to realize we live in a different world.’’ Husna attributed much of her own remarkable success to an intensively supportive youth program called, fittingly, Project SUCCESS, which “provided a caring adult who helped me understand that college is a true possibility and financial help is available.’’

Their compelling stories about the obstacles they and others have faced was leavened with good humor and gritty resolve, a confidence that both they and the majority white culture in Minnesota will make progress toward higher education equity.

Ellis summed up the formula for equity as a shared responsibility between families of color and students themselves and Minnesota’s white establishment, with plenty of emphasis on the former.

“It’s pride, never having to feel diminished right out of the gate because you feel like you are different. It’s quality education (but also) having a family that has time to tell a child ‘you can do anything,’ because they are not so focused on surviving. It’s finding teachers that are committed to teaching a child instead of putting him in a corner. It’s creating a future in which there are less and less people of color saying, ‘I am the first in my family to go to college.’ ’’

Dane Smith is president of Growth & Justice, a nonpartisan nonprofit that that advocates for more equitable economic growth in Minnesota.

‘Hungry for Equity’: Students inspire and challenge us to reduce disparities