When complicated and contentious issues take center stage in a presidential campaign, the debate usually turns on politics more than policy. Building consensus for long-term solutions isn’t as important in a campaign as gaining leverage with voters. 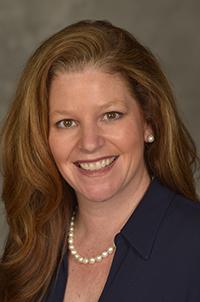 That’s the case with health reform in this year’s presidential primaries. Certainly, there are important differences between Republicans and Democrats and even between candidates of the same party. In the end, though, Republicans typically define the challenge of health reform in terms of cost – health care is too expensive. Democrats say the problem is that too many are left without access.

The debate reflects findings of a statewide survey conducted by Minnesota HealthBasics, a collaboration of leaders from Medica, TwinWest Chamber of Commerce, Minneapolis Regional Chamber of Commerce, Minnesota Building and Construction Trades Council and North Memorial Health Care. The survey found that two-thirds of Minnesota adults define their health priorities by their political ideology. One-third – conservatives – says that health care costs too much and marketplace competition is the only solution. Another one-third – liberal-leaning Minnesotans – says the biggest need is to assure that all people have access to health care; they look to government for solutions.

Candidates are reinforcing the divide

Presidential candidates aren’t trying to bridge that gap. They are reinforcing the divide. If we get rid of Obamacare, as Republicans propose, the United States still will have crippling health costs. The U.S. spent the most on health care among industrialized countries before Obamacare and would do so even in the unlikely event Obamacare was repealed.

And, if the country simply provides universal access without restraining cost or improving outcomes, resources for access – and just about everything else – will be drained. Minnesota is a good case in point. State spending on health programs has grown from 11.5 percent of the budget in 1990 to 23 percent last year. And it’s still growing, squeezing out other priorities.

What really is needed are politicians who are willing to talk honestly about the true drivers of health care costs and the legitimate barriers to access. It scores more political points to complain about government bureaucracy and insurance companies’ administrative overhead, but the fact is, the net cost of insurance from both public and private sources is 6.4 percent, according to Kaiser Family Foundation. That level has remained the same since 2006.

By contrast, unnecessary care wastes at least 30 percent of all health spending. Some of this is the result of too many tests or procedures. But a good share comes from variations that don’t produce better outcomes. The Dartmouth Atlas Project, to point to just one example, found that a resident of Wadena with gallstones is three times more likely to have surgery to remove the gall bladder than a person living in Minneapolis.

The biggest cost drivers are chronic illnesses. The Minnesota Department of Health recently reported that people with at least one chronic illness consume 83 percent of all medical spending. Yet, most chronic illnesses are tied to lifestyle choices or the impact of bad public policy. Meaningful solutions demand that politicians ask something of we the people: Be better consumers of health care. Eat better, exercise more and stop using tobacco. Tough medicine to hand out for those seeking votes.

Minnesotans see the need for better answers than the presidential candidates are offering. For the past year, HealthBasics has sponsored public forums around the state to go beyond political soundbites and find some effective first steps to control costs, expand access and improve the health of Minnesotans. Three solutions that frequently are raised:

Many Minnesotans are willing to embrace these solutions. The question is whether politicians are ready to lead the way.

Dannette Coleman is a senior vice president at Medica and was a member of the 2015 Minnesota Health Care Financing Task Force created by the Minnesota Legislature and Gov. Mark Dayton.