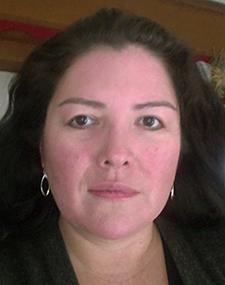 DULUTH — Each morning, I wait for the school bus with my son. Some days the wind is cold off Lake Superior. Even in the milder winters in Duluth, I think about how much difference a good coat, a hat and gloves make and how fortunate I am to be able to provide these basic necessities for my son.

Twenty years ago, my story was different. As a young parent of two small children, I dreaded the coming of the cold. As a single parent who had lived in poverty my entire life, I was working on earning my degree. I was also a participant in the Minnesota Family Investment Program (MFIP), the state’s welfare-to-work program.

MFIP cash assistance offered support to my family as I gained skills to enter the work force. Our monthly budget was small, especially after rent and all the bills were paid. As soon as winter jackets were put out at the department store, I would put my daughters’ winter wear on lay-away. Every year, it was gamble if I could pay them off in full before the snow and bitter cold arrived.

My story changed. I earned my degree and left MFIP. It took time, but I built stability for my family. Yet I don’t forget those early days. I think about how families enrolled in MFIP are managing now, as cash assistance levels have not increased since 1986. At a maximum, MFIP provides $532 per month for a family of three.

MFIP was built to provide temporary help for low-income families with children. In addition to basic cash assistance, the program helps families access work-force support, training and education resources as they steady themselves. Yet, MFIP assistance has not increased in three decades. A new report released by Mid-Minnesota Legal Aid showcases the effect of inflation in the state’s welfare-to-work program.

When low-wage working families experience a financial crisis, such a job loss, reduced hours, or an unexpected injury, the safety-net program is supposed to be a bridge to the other side. The children are the ones who fall through and nearly 70 percent of families enrolled in MFIP are raising a child under the age of 6.

With support offered at such minimal levels, parents cannot afford housing and other basic necessities. MFIP cash assistance for a family of three is $532 a month, while the average rent for a two-bedroom apartment is $996 a month. State policy is pushing children already at risk into homelessness and deeper poverty. But solutions are on the table.

Last year, a bill to increase MFIP cash assistance by $100 per month was introduced with bipartisan support by Sen. Jeff Hayden and Rep. Mary Franson. The measure was also included in Gov. Mark Dayton’s supplemental budget last year. While it moved swiftly through the legislative process, it was ultimately not included in the final budget.

As Dayton and Minnesota lawmakers work through the short legislative session, the opportunity stands to finish what they started. Raising MFIP cash assistance should be a priority this year. A modest boost is not enough to fix 30 years of stagnation, but it’s enough to put gas in the car, pay for car insurance, and cover basic living expenses.

Last year, my son started to refuse to wear his winter boots and jacket to school. When I asked him why, he said none of the other kids wear theirs and he doesn’t want to be the only one. I thought about those kids in his class, wondering how many of them might not have a choice. I think every 9-year-old in Minnesota should have what they need to be safe and healthy. We can take a simple step during this session to increase support to Minnesota’s poorest children.

LeAnn Littlewolf, M.A., is a tribal organizer with the Minnesota Coalition for the Homeless. She lives in Duluth.