The forwarded email read: “If you need a reason to vote for Donald Trump, here it is: A quote from ‘Rev.’ Al Sharpton: ‘If Donald Trump is elected president, I am moving back to Africa’.”

I don’t know who wrote the email, or if it is true. But it must not go unanswered.

As it relates to the solemn responsibility of voting, fear and hate-inspired voting has serious social consequences. I think that is a good reason for some to not vote at all. The risk of fearful and hateful governing gives me a newfound respect for fearing and hating nonvoters.

By imitating Trump’s hatred, not of Sharpton but of others, the email-writer makes Sharpton into his own “scapegoat,” and unknowingly becomes a “possessed disciple” of the two models he is imitating: Trump (fear and hatred of others) and Sharpton (fear of Trump). And those voters who act on such reasoning are scapegoat voting, and have also unknowingly become disciples of their fearing and hating models.

While scapegoat voting is great for desperate candidates, scapegoat campaigning is deliberately deceptive. It confuses and distorts the basis on which some voters make their decisions. Sharpton, by the way, has the qualities of a fine scapegoat: a polarizing, minority-advocating, minority minister with a halting speech and a fascinating face that takes some getting used to.

Sharpton once ran for president, and Trump is currently running for president. Neither has been elected previously to any public office. Both men also have important differences. Noncandidate Sharpton models love, tolerance, forgiveness and sometimes fear, while candidate Trump models fear, hate and intolerance and advocates fence-building and religion-based freedom limitations.

Further, Trump doesn’t seem to understand that “political correctness” is a simple and effective means to help reduce your potential adversary’s hatred for you; to reduce his desire to have what you have, and that he doesn’t have. It is a form of diplomacy that seeks to minimize the perceived differences between those who “have” and those who “don’t have.” Nor does Trump seem to understand or care about the awesome, war-size costs in treasure and blood that result from blindly provoked fear or hatred.

But Trump, a prolific accuser, seems to know that fear and hate are socially contagious and that when they are aroused or infected, fearful haters bind together powerfully, especially fearful and hating voters. He also seems to know that the easiest way to forge internal cohesion is to create an external enemy. In contrast, Sharpton seems to know that a common desire for something that can’t be shared divides desirers from each other, and creates rivals. The problem is that united and fearful haters are far more likely to cause mischief than are separated desirers. In other words, Sharpton is harmless, perhaps even beneficial to America and to the world, while Trump is dangerous to both.

Our overwillingness to blame others 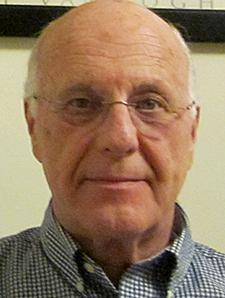 The other problem has to do with a defect common in democracies: the inability of many of its citizens to find and employ their irrational fear and hate filters. Scapegoats appear during times of polarizing and coarsening social-political crisis. But Trump is not the cause of our crisis; he is evidence of it. The cause is our collective unwillingness to assume responsibility for ourselves and our overwillingness to blame others for our unhappiness. When we can’t engage our own fear and hate filters we often end up soiling ourselves and others. Scapegoats were invented to permit humans to unconsciously hide from themselves their fears, hatreds, intolerable truths, and violence.

Our democracy will be best served if its citizens are well informed and if they vote responsibly in their own genuine interests. It will be ill served if they vote for clowns or for fear and hate-baiters, who are really imitation-seekers modeling themselves for others to imitate. For better or for worse, it is the quality of the followers that determines the quality of their leaders.

‘You’ve Got to Be Carefully Taught’

Sometimes the qualities of poetry and song can help penetrate the consciousness of others. Luckily, I found a couple of songwriters who knew about scapegoating and imitated fear and hatred. The following are the lyrics to “You’ve Got to Be Carefully Taught” from Rodgers and Hammerstein’s “South Pacific”:

You’ve got to be taught

To hate and fear,

You’ve got to be taught

From year to year,

It’s got to be drummed

In your dear little ear

You’ve got to be carefully taught.

You’ve got to be taught to be afraid

Of people whose eyes are oddly made,

And people whose skin is a diff’rent shade,

You’ve got to be carefully taught.

You’ve got to be taught before it’s too late,

Before you are six or seven or eight,

To hate all the people your relatives hate,

You’ve got to be carefully taught!

Dale A. Anderson is a retired banker, a member of the Colloquium on Violence and Religion (an international organization of scholars and theologians), and a teacher of the late Rene Girard’s Mimetic Theory and Scapegoat Mechanism at the University of Minnesota’s OLLI program.