We’ve long known that increasing energy efficiency and renewable energy sources leads to cleaner air and water, healthier kids and a more stable climate. A new report shows that clean energy can also boost our region’s economy by creating new jobs and entirely new industries. In fact, clean energy is supporting jobs in every corner of the Midwest, and companies in this sector are planning for nation-leading growth, according to the Clean Jobs Midwest report by Clean Energy Trust. Minnesota is poised to be a leader in clean energy job growth, supported by strong state policies and homegrown industries. This report is an important tool to track how the energy transition can strengthen Midwest communities and boost our economy. 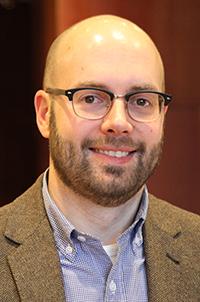 The Clean Jobs Midwest report shows that the transition to a clean energy economy is well under way in the Midwest. In the first of what will be an annual survey, the report found that over half a million workers are employed in clean energy jobs in our region. And these jobs are expected to grow 4.4 percent this year, a rate far higher than national average employment growth projections of 0.5 percent per year. At this rate, clean energy jobs will be among the fastest growing industries in the United States.

With support from The McKnight Foundation, Joyce Foundation, E2, and the Energy Foundation, Clean Energy Trust partnered with BW Research on the analysis, which utilized U.S Bureau of Labor Statistics data paired with a survey of businesses across Minnesota and the region. The Midwest clean jobs census is also part of a major U.S. Department of Energy study of all energy jobs in the United States.

The majority of clean energy jobs in the Midwest, over 400,000, are in energy efficiency. Jobs that are involved in generating energy from renewable sources like wind, solar, geothermal, and low-impact hydropower, and jobs in advanced transportation make up the second and third largest number of clean energy jobs, respectively.

At CleanJobsMidwest.com, you can explore all the sectors, review the data from each of the 12 states in detail, and even explore the interactive jobs map, which shows clean energy jobs by county, legislative district, and metropolitan statistical area.

In Minnesota, we’ve known for many years that we can decouple our growing economy from ever-increasing carbon pollution. Since 1997, our Gross State Product has grown 88 percent while carbon emissions have leveled off. Minnesota has a history of bipartisan support for clean energy and energy efficiency, most notably the 2007 Next Generation Energy Act, which created the state’s first Renewable Portfolio Standard and Energy Conservation standard. Because of these strong policies, 21 percent of Minnesota’s electricity now comes from renewables, up from just 6 percent in 2000.

The Clean Jobs Midwest report shows Minnesota has over 54,000 clean energy jobs across the state. Like the region, strong growth is projected by clean energy industries in Minnesota – 4.4 percent over the next year. The large majority of Minnesota’s clean energy jobs are in energy efficiency (47,000 jobs) and renewable energy (5,000) jobs.

A robust clean energy economy won’t happen through the market alone. Smart policies across the Midwest have helped drive the creation of new industries and jobs. Policies provide a market signal for businesses. To continue building a clean energy economy across the Midwest, state policymakers should provide certainty around regulation, financing, and public policy goals, such as the reduction of carbon pollution. With this certainty, the clean energy sector is poised to create tens of thousands of new jobs each year.

When responding to the Clean Jobs Midwest survey, businesses identified policies such as the Renewable Portfolio Standards (RPS), Energy Efficiency Resource Standards (EERS), federal renewable energy Investment Tax Credits (ITC), and the Environmental Protection Agency’s Clean Power Plan (CPP) as policies that have or could increase business prospects. According to the report, the four states with the largest clean energy workforce have both an RPS and an EERS; none of the three states with the smallest clean energy workforces in the region have either of those policies in place.

The McKnight Foundation was pleased to support Clean Energy Trust to produce the Clean Jobs Midwest report. The findings of the research reinforce our belief that the transition to a clean energy economy can create good jobs and strengthen communities in the Midwest.

Brendon Slotterback is the Midwest Climate & Energy program officer at the McKnight Foundation. Previously he served as sustainability program coordinator for the City of Minneapolis, where he developed one of the city’s first municipal climate action plans. Subsequently he helped negotiate and implement the Clean Energy Partnership with Xcel Energy and CenterPoint Energy. He holds a master’s degree in urban and regional planning from the University of Minnesota’s Hubert H. Humphrey School of Public Affairs.