The term “social cost of carbon” might sound a bit wonky, but if you’re living in Minnesota and are interested in the world we’re going to be leaving our grandchildren, it’s an important concept to understand. It represents a crucial instrument in valuing carbon emissions and is at the core of an important proceeding at Minnesota’s Public Utilities Commission (PUC). 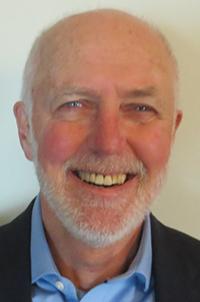 The social cost of carbon is defined as “an estimate of the economic damages associated with a small increase in carbon dioxide (CO2) emissions [one ton] in a given year.” The dollar value that is assigned does not represent a fee charged or a tax — it is simply a number designed to provide the PUC (the people who decide where we’re going to get our electricity from) the best possible information about all costs attendant to the generation of electricity, by whatever method.

We all need electricity, but unfortunately the generation of electrical power has some significant negative environmental impacts. Depending on how the electricity is generated, these negative effects can include air pollution, the exacerbation of climate change, water pollution and habitat destruction, along with multiple significant public health impacts. These have been extensively documented by the World Health Organization (WHO), the Lancet Commission, and the Minnesota Department of Health (among many others) and include illness and death related to extreme heat events, higher rates of respiratory, cardiac and stroke diseases, and higher rates of vector-borne diseases such as Lyme disease.

These negative effects all accrue from burning fossil fuels, and their cumulative costs are often not included in the market price paid for electricity. Instead, they are “externalized,” or paid for, by society at large. When costs are externalized in this way, they are essentially hidden, which means energy markets do not function as efficiently as they should. In addition, Public Utilities Commissions that are charged with making the most cost-effective decisions about providing electricity may end up not having all the information they need to make the best decisions.

In 1993, the Minnesota Legislature, realizing the importance of factoring in these external costs, enacted a requirement that the commission establish the environmental costs of electricity generation. By establishing and then applying these external costs in utility planning decisions and selections, it was hoped the PUC could thereby correct a “market failure.” Such a strategy should have ensured that Minnesota’s resource mix would reflect the most efficient, and least costly, way to generate our electricity.

Unfortunately, it hasn’t worked that way. Although well intended, the carbon value that was established in 1997 has failed to stay abreast of the current science. Accordingly, a consortium of Minnesota nonprofits petitioned the PUC in 2013 to update the values in order to reflect current science. That motion was granted, and I, along with two other Minnesota physicians and two health organizations became involved to provide the administrative law judge with expert testimony from environmental health expert Dr. William Rom. Rom testified about the multiple adverse public health impacts of air pollution and climate change, the costs of which were not included in the 1997 ruling, and which are estimated at greater than $2 billion per year.

A chance to level the playing field

The hearing was held throughout the summer and fall of 2015, and on April 15, 2016, the judge recommended that the Minnesota PUC adopt the “social cost of carbon” values developed by a federal interagency working group. This recommendation represents an important first step in recognizing the current true costs of burning fossil fuels to obtain our electricity. Although the judge’s recommendations still need to be formally adopted by the PUC, this new social cost of carbon has the chance to level the playing field. Renewable energy sources such as wind and solar become even more competitive, and this in turn will permit better decisions about how and where we get our electricity, and at what price.

Minnesota demonstrated great foresight and leadership in 1993 when it first required the PUC to establish the environmental costs of electricity generation. Similarly, the groups petitioning the PUC to have the “social cost of carbon” adjusted to reflect current science have demonstrated great leadership. This is great news for the people of Minnesota, but especially for those of us who want to hand off a healthier state, and a healthier planet, to those grandkids.

Phil Murray, M.D., is a member of Health Professionals for a Healthy Climate.