“[She] is younger than me,” the candidate told the local news. “She is prettier than me. She appears nicer than me. She agrees with anything that anyone says to her. So, it was tough competition.” 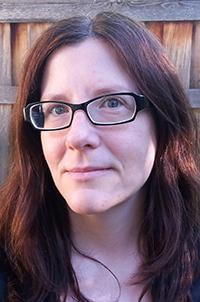 Imagine, for a moment, that you have been transported to the early ’70s, a time when few women held public office, at the state and national level. The feminist movement of the late ’60s is bearing fruit in the emergence of smart, civic-minded women running for office across the country. Even with the momentum of feminism behind them, they still had to confront entrenched systems of misogyny and bigotry. In that milieu, it would not surprise you one bit to hear a male office holder say of his female opponent, running her first campaign:

“She is younger than me.” Young women are nothing if not flighty.

“She is prettier than me.” A woman’s appearance is relevant to the campaign, and since she is pretty, she must be vain, not serious.

“She agrees with anything that anyone says to her.” The pretty little thing doesn’t even know her own mind!

Even casual students of American history (including fans of “Mad Men”) can recognize the sexism embedded in this language. Now, I ask you to imagine that these words being said on the record about a young woman candidate, but that the words were spoken by a trailblazing feminist legislator who must have heard them uttered about her 40 years ago?

In a KARE 11 news segment that aired on Sunday, April 10, Rep. Phyllis Kahn made the above comments about her rival, Ilhan Omar, a policy analyst and nonprofit leader running her first campaign.

As a lifelong Minnesota feminist, born one year before Kahn gained office, I was shocked to see one of our foremost public feminists blunder into tired stereotypes in a misguided attempt to curry favor with supporters. Has her shortsighted desire to win an additional term in office distorted her long-term goal of social and legal parity for Minnesota women and girls?

Kahn is on record as a supporter of Hillary Clinton for President. Like Kahn, Clinton is a woman with a long and distinguished record of public service — and is a lightning rod for faux controversies over outdated standards of appearance and decorum. If Clinton were to appear in public with one hair out of place, let alone the mop that crowns the head of her opponent, Sen. Bernie Sanders, she would be pilloried in the press for appearing unpresidential. Why is Kahn employing these same outdated tactics against her opponent?

Before Kahn’s election, only 17 women had ever served in the Minnesota Legislature since statehood in 1858. Since then, the doors of the Capitol have opened to 67 women, comprising one-third of the Legislature. We have not achieved parity, but Kahn’s leadership puts the dream within reach for others, including her rival, Omar.

I admire Kahn’s intelligence, her tenacity, and her work on behalf of Minnesota women like me and my 10-year-old daughter. We owe her a debt of gratitude for her years of service, but we also owe her the truth: This rhetoric tarnishes her legacy. It reeks of desperation, of unwillingness to yield power to the new generation of activists who seek to build on and expand her body of work. It’s time for Kahn to think deeply about what she hopes to achieve by running another divisive campaign that threatens to discourage the electoral participation of women, particularly young women of color.

After all, to keep a torch burning, it must be passed.

Shannon Drury is a columnist for the Minnesota Women’s Press and the author of the upcoming essay collection “Diary of a Rad Housewife: Ten Years of Tirades and True Tales.”