An important but remote fur trade-era post when it was constructed in the early 1820s, Fort Snelling is a place of pride for the hundreds of thousands of military service members who passed through its walls from the Civil War through World War II and for their families. 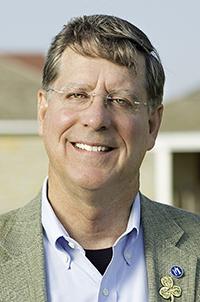 But the fort and its surroundings are also a place of sorrow — a location at which many complex historical themes unfolded which resonate still today: cultural conflict and the struggle for power, the denial and the protection of human rights, and the yearning for freedom.

Simply stated, Fort Snelling helped shape the state we now call Minnesota, and the people we call Minnesotans. The aim of the Minnesota Historical Society is to make those connections with and for people, and to use Historic Fort Snelling as a place to provide context, to tell stories, to come together and to build understanding around issues that resound through the centuries.

2020 marks the fort’s bicentennial, and in preparation the Minnesota Historical Society has requested $34 million from the Legislature to preserve and reinvigorate the site.

A new visitor center will be fashioned within a 1904 cavalry barracks, re-introducing new generations of diverse Minnesotans and visitors from around the country to our first National Historic Landmark. Site improvements and enhanced wayfinding will open the area to the beauty of the rivers and make it easily accessible.

The Minnesota Historical Society preserves historic sites because they provide context for the world in which we live and the issues we face for the future. They are essential defining elements of a community’s distinctive character. Historic Fort Snelling is a perfect example of both.

Bdote and Fort Snelling’s unique stories are vital threads in the complicated fabric of American history and deserve to be preserved and shared with Native Americans, Minnesotans and Americans for generations to come.

Now is the time for Minnesotans to embrace our history at Historic Fort Snelling.

D. Stephen Elliott is the director and CEO of the Minnesota Historical Society.

Why should you care about preserving Fort Snelling?