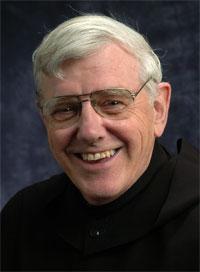 The first thing I noticed about The Rev. Dr. Rene McGraw was his twinkling eyes, which are an indicator of his full embrace of life’s possibilities. The Benedictine priest and philosophy professor lives modestly in a dormitory on the St. John’s University campus in Minnesota, but he’s an adviser and friend to decades of graduates who are captains of industry, lawyers and public servants.

Father Rene and I crossed paths last month during my three-day fellowship at St. John’s and the College of St. Benedict. I met many smart students who are excited about making the world a better place. But I was profoundly struck by two members of the religious community who are embodiments of how to live purposeful lives. Father Rene and Sister Colman O’Connell, former St. Ben’s president, also shatter stereotypes about aging.

Father Rene earned his bachelor’s degree in 1958 and Sister Colman recently celebrated her 89th birthday. When you talk with them, it’s apparent that they both view each day as an opportunity to do something good for somebody else. They also have a zest for learning that has not diminished over many decades and they are open to new experiences.

How they conduct their lives demonstrates the power of positive attitudes, living in supportive communities, practicing a religious faith, sharing wisdom and challenging your brain with new ideas. 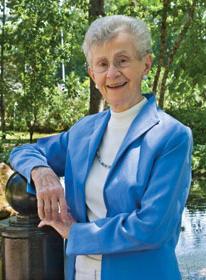 When I met Sister Colman, I was about to facilitate a discussion on a TED Talk given by public broadcaster Celeste Headlee. Before we watched the talk, members of our group introduced ourselves. When the former college president spoke, she didn’t call attention to her previous tenure as the school’s top leader. She simply said, “I’m Colman, a senior development officer at the college.”

Headlee’s talk focused on how to have better conversations, which is especially critical during the 2016 presidential campaign that’s marked by uncivil political discourse.

Sister Colman talked about the importance of authentic conversations, which require more than taking turns talking. She’s been a member of a book club for more than 30 years, and said people in the club could benefit from listening to each other more intently.

The former chair of the theater department, Sister Colman understands the elements of verbal and nonverbal communication and how to connect with audiences that are large or small. Yet she showed up for the TED Talk because she wanted to learn more from the speaker and hear from the students, who acknowledged that social media can be an impediment to meaningful, face-to-face conversations.

Father Rene was the priest who married a friend of mine, who encouraged me to meet Father Rene while I was on campus. “Rene is nothing short of being a saint,” my friend said. When I met Father Rene in the St. John’s cafeteria, we immediately felt comfortable sharing our life stories and talking about the campus and Catholic Church. While most priests are pastors of a given parish, Father Rene’s parish consists of St. John’s alums scattered around the world. He told me that he likes to support current students and alums by sending them email greetings on their birthdays.

“He sends emails to the entire floor for each person’s birthday,” said Jake Schultz, editor-in-chief of the student newspaper. “To a degree, Father Rene is the Kevin Bacon of CSB/SJU with his six degrees of separation. Many of our biggest alumni lived on his floor or have taken his classes, including our president Michael Hemesath. The president actually still comes to see Father Rene all of the time.”

Father Rene, who earned his doctorate at the University of Paris in 1972, is known for high classroom standards and tough exams, but he engenders loyalty from students who’ve taken his classes. “He has not only spoken to my mind, but to my heart and soul,” said one student on RateMyProfessors, where anonymity would protect students who want to make critical comments.

Two years ago, Schultz was an RA on the dorm floor where Father Rene was living. “He’s a tranquil person with a contagious kindness,” Schultz said. “He admits to being a shy person and this is true, but he’s a warm person and one of the best conversationalists I know.”

Every Sunday night, Father Rene would make “extremely buttery popcorn,” and Schultz said he would meet with him to talk about what was going on in the dorm and in his life. “He’s a talker and I love that about him,” Schultz said. “Everyone goes to him to talk about problems with school, family, relationships, philosophy, religion and so much more. At the end of the day, he’s a friend for everybody.”

Sister Colman and Father Rene are beautiful examples of how older people can make phenomenal contributions well beyond the traditional retirement age of 65. In their cases, they also illustrate the importance of connecting with young people on a regular basis, which is healthy for people on both ends of the age divide.

“Though my time in the classroom has spanned many decades, I am not yet tired of teaching,” Father Rene says on the St. John’s website. “One of the thrills of teaching philosophy is that it has never become routine for me. A phrase of Heidegger, an insight from Aristotle, an apothegm from Nietzsche, an ethical demand from Camus or Levinas startles me as much now as it did when I first started teaching in 1962.”

Liz Fedor is a business journalist based in Minneapolis. She recently served as a residential fellow at the McCarthy Center for Public Policy & Civic Engagement at St. John’s University.

Without preaching, nun and priest show us how to live purposeful lives