What does a 74-year-old Brooklyn-born senator with a goofy smile have in common with a generation of newly turned 18-year-olds with smartphones and too much time for tweeting? This year, they are a match made in election heaven. 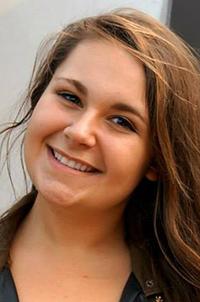 As an 18-year-old myself, I originally found myself feeling the Bern, and a strong Bern at that. With his youth-friendly policies on college tuition, the environment, and minimum wage, it is no surprise that one of his major demographic support groups is Democratic youth ages 18-24. However, many are so in love with Sen. Bernie Sanders that if the presidential race comes down to just Democrat Hillary Clinton and (gulp) Republican Donald Trump, they have vowed to avoid the polls altogether and not vote for either candidate.

That’s where I part company with my same-aged peers and the Bernie or Bust mindset. As a Democrat, I do not want to see Donald Trump enter the White House, unless it’s to congratulate Hillary or Bernie and make his last outlandish remark. With this being said, all those who vote are exercising their right to voice their opinion, and I respect that wholeheartedly, regardless of the party they choose.

What really makes me angry and frankly disappointed with my peers is the refusal to vote if their candidate of choice is not in the running anymore. This reminds me of a child throwing a tantrum and refusing to go to the zoo because he couldn’t go to his favorite park. The kid would like some of the animals there, and the zoo is sure as hell better than sitting at home alone, right? By refusing to vote, Bernie or Bust adherents are not only throwing away their chance to be at least somewhat satisfied, but also helping the opposition win and making themselves very sad, voiceless citizens. I’d much rather go to the zoo.

Some of those animals are shared by both Sanders and Clinton. Both Democratic Party candidates have pro-choice stances on abortion, are supportive of the LGBT community, and have put forward ideas on how to lower college debt and loan interest rates for students. These topics and many more of the like are what many Sanders supporters say are his selling points. A vote for Clinton if Sanders does not get the nomination would help to accomplish those same goals and help many of Sanders’ policies become reality, even without Bernie himself in the White House.

Others argue that it’s not just policy that makes Sanders an all-or-nothing candidate — it’s his whole persona. Many youth demand a radical change, and Bernie is a radical man who wants a revolution in American politics. (Sound familiar? Having a cult of personality is shared by Sanders and presumptive Republican nominee Donald Trump; they draw support from people who want an abrupt, radical, and unapologetic change in politics.)

When I first heard of this movement to not vote, I was upset but not outright angry — until I dug a little deeper into just how poisonous this idea is. I first stumbled upon the website www.wontvotehillary.com a few weeks ago, and was disgusted with the site and the number of signatures collected; as of May 24 the page had collected 80,852. That is 80,852 voices that won’t be heard if Sanders does not advance. That is devastatingly sad. I’ve waited 18 years to cast my ballot, and I would never dream of wasting it. I’m not usually a flag-waving, bald-eagle-loving, overtly patriotic person, but this is one aspect of America that everyone should be unbelievably proud of. Voting is a right here. Just take in how amazing that is. In other countries, many cannot even dream of voting or of having their vote matter.

My demographic of new voters is unhappy with the current political system, and trust me, I am too. No one likes paying an arm and a leg for college, and as someone who just wrote my first college tuition check, I can relate to the frustration. Sanders’ policies are music to the ears of 18- to 24-year-olds who love the environment, are wary of big business, and want to make more than $7.50 an hour to support themselves.

Curious to see what my Bernie-loving peers thought of him and his policies, I asked around this week, and got the expected responses.

“I love how he is always honest on his views and how he has never changed throughout his time in the government,” said Jake Robinson, an 18-year-old originally from Texas.

“He is socially compatible with what I believe in: women’s rights, people of color, and LGBT rights,” said Beryl Bils, also 18, from Edina. My 8+ interviews with 18+ youth were very repetitive in the sense that the Bernie buzz is mostly centered on his liberal and humanistic-focused policies. With my generation heavily focused on diversity, multiculturalism and opportunity, it’s no surprise that Sanders has succeeded in rallying younger voters (if they vote at all).

If not Bernie, then …

I don’t blame anyone for being a strong Sanders supporter. I support him myself. But after reviewing the results of the caucuses and preliminary polls, accompanied by other findings and personal views, I have shifted my allegiance to Hillary Clinton. For the sake of this article, I won’t delve into all my reasoning, but one reason is necessary: If it comes down to Clinton and Trump, I’m For Her 100%, even if I don’t agree with every one of her policies and ideas. Some of my peers, and 80,000 others, do not share that mindset.

“Nope. I don’t want either of those two to be president,” said Sarah Anderson, 18, when asked if she would cast her vote if it came down to Clinton and Trump. “There is really no option. If there were a good Independent party candidate, then I’d vote for that person,” she said.

I admire my peers’ desire to stick to their morals and values. This generation is one for the books in terms of advocating for what we care about and seeking to make a real change for the better. From the youth-led Black Lives Matter movement to help in making gay marriage legal, their efforts to effect change deserve the utmost respect. With that being said, I hope they don’t cast their votes aside and thereby let the opposition win.

To those Bernie or Bust supporters I would say this: Instead of not voting at all, vote for your party or the candidate you think can truly make policy for the betterment of us all. Just as we can influence who becomes the next leader of our country, we can also help to influence the policies they make once in office. Even if the Bern fizzles out, you can help elect other officials with values similar to his, you can go to rallies supporting causes you identify with, you can write letters to your representatives, and even work your own way into public office.

Thankfully, not all millennials will forfeit their vote if Bernie isn’t there.

“The whole point of a democracy is that every voice is heard, and if you don’t vote, you’re giving the other side an advantage,” said Kelly Good, an 18-year-old recent high school graduate. In complete agreement with Good and some of the other youth I had the pleasure of speaking with about this issue, I think “Bernie or Bust” is simply a busted way to view the elections.

What we need to do now is to help persuade the 80,000 and growing number of “wontvotehillary.com” pledgers that their vote does indeed matter. I encourage my new high school graduates, college students, and other young adult readers to really put some thought into their vote and use it for good.

Sophie Cannon, 18, is an Edina High School graduate, an incoming freshman at Northeastern University in Boston, and an aspiring journalist.