Like many longstanding Minnesotans, I’ll admit I have a rather ambiguous relationship with immigrants from Somalia. 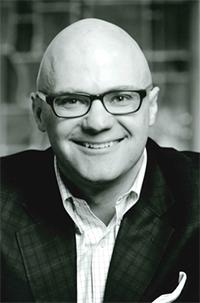 I’ve observed many Somalis about town, of course, and even managed to interact with a few I’d loosely consider friends. Yet in truth I’ve been quite naïve when it came to Minnesota’s latest arrivals. I’d share a progressive smile and hold a door open here and there, sure, but in truth never took the time to even learn how to say hello in Somali to the estimated 30,000 Minnesotans from Somalia.

Hence, when Minneapolis declared Bosaso its newest sister-city in the fall of 2014, my imagination was renewed. I asked myself: “Why not seize the opportunity to learn more about the larger Somali community? Why not visit our newest municipal sibling in the Horn of Africa, to more intimately appreciate what being Somali was all about?”

Of course, the short answer is traveling between Minnesota and Somalia is no simple task, with the small matters of Al Shabaab, piracy, and dozens of other notorious curveballs complicating any proposed journey. Yet, as our country became further wrapped up in electioneering and nativist hate, I decided it was, in fact, the perfect time to confront the immigration divide, putting my full faith in the guidance of the Somali community of Minnesota to ultimately see what I could learn from our sister city on the other side of the globe.

Thousands of Somalis had leapt into the unknown with their journeys to Minnesota, after all, and one step in their direction seemed a small sacrifice to make. I departed for Somalia, in turn, at my first opportunity.

Not a trip to take on a whim

Now it goes without saying this is not a trip to take on a whim. Even with a generous invitation from the mayor of Bosaso, merely getting to Somalia required phenomenal effort — in my case, five separate flights from Minneapolis and, more challengingly, some very awkward conversations with my girlfriend.

Yet once I endured the logistical hurdles and unending admonitions from friends and governments alike, things quickly became … strangely familiar. Landing in Bosaso in early March, for instance, I was immediately met on the tarmac by two Somali-Minnesotans welcoming me to town, as they further pointed out many of the other Somalis on my flight and their respective connections to Minnesota.

The only anxiety upon my arrival ended up unexpectedly being from a Somali fellow next to me at immigration who sheepishly admitted he was no longer a Minnesotan as his banking job had moved him to Iowa.

I laughed, corrected him that such an admission is more Minnesotan than he could possibly appreciate, and wished him well with the Hawkeyes until he could rejoin us up north.

And then I hopped in my three-truck convoy of armed guards to go explore the town.

As I further ventured throughout this fascinating and inexplicable city, no matter how unfamiliar things became, there were however persistent connections with home. At every stop I would meet entrepreneurs having returned from the Twin Cities to start charities, invest in businesses, and help educate the next generation of Somali students.

Speaking with the United Nations’ anti-piracy mission, for instance, colleagues mentioned one young Somali man whom they were particularly keen on and wanted me to meet – only to quickly discover that both he and my mother were graduates of Minneapolis’ Roosevelt High.

And while it might be exaggerated in retrospect, I nonetheless retain the impression that every Somali I met in Bosaso shared a joke about ice fishing, which, in the 90-degree heat of the Gulf of Aden, was pretty surreal.

It was such warmth and familiarity from the people of Bosaso that helped me view my adopted community in a whole new light. As a region in transition, there are, of course, very real challenges. It pained me to observe foreign fishing boats plundering Somali waters to the north, while simultaneously keeping tabs on the political uncertainty farther south. Similarly awkward was discovering that because of U.S. banking restrictions Bosaso lacks ATMs and wire transfer services, which I imagine makes community development all that much harder. Yet just as a little homegrown hawala money transfer magic helped settle my hotel bill, so, too, was it inspiring to speak with both teachers and students about their local bootstrap approaches to education amidst adversity.

Facing challenges with creativity and style

It is a community that is quite simply facing its considerable challenges with creativity and style, which impressed the heck out of me.

As I take stock of Minneapolis’ newest sister city, I’m thankful not just for the hospitality Bosaso shared with me, but for the larger opportunities created as these two very different “Stars of the North” partner together. To date, Minnesota has already educated more Somali university students over recent decades than all of the schools in Somalia put together, as was evident by all of the returnees helping drive development in the Horn of Africa. I further looked forward to returning home to better appreciate the roles Somali émigrés are undoubtedly playing locally to help Minnesota move forward.

In a difficult era of regional differences, it appears a novel, if unexpected, partnership. And while I’ll always be a Minnesotan, it also selfishly feels good to have Bosaso in the family.

So, when Donald Trump came on the television screen in a seaside café during my visit, I uttered to the Somali man next to me, “Don’t be surprised if Minnesotans start emigrating to Bosaso if things get bad with the election.”

“Don’t worry,” the Somali man said. “You took us all in. You all are welcome.”

Patrick McGrann grew up in Minnesota and visits his family here regularly while living now in London. He is working to support education in Bosaso. He can be reached at pmcgrann@gmail.com.

Learning to love my sister, Bosaso