Poetry roared into my life in 2013, the year after I became a mother. As a working parent, I was searching for tools to discover language again with my daughter. I also wanted to ground myself amidst the enormous changes taking place in my life at work and home. Little did I know the present I was giving myself. 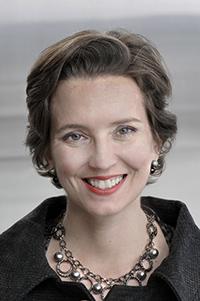 It was Carolyn Kennedy’s book “Poems to Learn by Heart” that gave me the courage to attempt memorization of poetry. It was daunting at first, even with children’s poems, but the sheer joy of tackling a stanza, repeating and making it stick provided me with immense joy. I learned and loved poems as they “became mine” in my mind. Each day during my commute, I practiced a few lines out loud in the car, slowly building momentum. Memorizing children’s poems felt like small victories and gave me the courage to graduate to “grown-up” poems. Some were authors I knew and admired, others were unknown to me, and I was chagrined to just be learning about literary heavyweights.

Poems came to me by way of actors’ voices via the internet. The Welsh voice of Richard Burton simply mesmerized me. I searched for recommendations of the rich and famous. It somehow made me feel closer to a person I admired to read and recite the poems they loved and recommended. It became an absolute delight to discover the world again via new words with my daughter and to personify prosaic things of life in a way that was so fresh to her eyes.

Years earlier, the first poetry book I ever consciously bought was an extremely slim paperback by Seamus Heaney. His Irish name attracted me. I was born Kathleen Houlihan, after a famous play by William Butler Yeats. The name was an allegory for Ireland itself. No one in my hometown knew this, unless they were born in Ireland and studied literature. But even given that august name, I was daunted by the Great Irish Poets. I had no context for them.

Yet one line from that thin pamphlet (“Door Into the Dark”) seared itself into my mind: “Your mother heavy with the lightness in her.” It was from a poem with a title so painful I never read the rest (“Elegy for a Stillborn Child”). I closed that book and did not reopen it for years. When Heaney died, that phrase came fluttering back to me. Another book I had was “The Best Loved Poems of Jacqueline Kennedy.” The book was like her, elegant, rarefied and a bit out of my reach. Of course, she loved poetry – she was elite, with that French air that excluded other people. Just to see which poems she enjoyed was a glimpse into an unattainable realm. Yet that book also sat on my shelf, untouched for years.

Come motherhood! Come lullabies! Come language anew to my daughter and my yearning to bond with her and instill something greater than myself. I requested “Poems to Learn by Heart” for Mother’s Day and it still seemed so unattainable. My mind itself – so distracted by the next thought/worry/action/email – did not seem ready to stretch, absorb or retain. And then came this simple poem by Christina Rossetti:

Who has seen the wind?

Neither I nor you:

But when the leaves hang trembling,

The wind is passing through.

Who has seen the wind?

Neither you nor I:

But when the trees bow down their heads,

The wind is passing by.

Just 42 short words, but it was complicated for me to remember that “I” came before “you.” So I recited it repeatedly with my daughter in my lap, made it a song and added hand movements.

I was also preparing myself for something I did not know was about to happen. Committing poems to memory created a scaffolding, an architecture, that was newly established within me to buffer me when my father died that November. Poetry kept me sane, poetry was something to latch on to when the world beneath my feet imploded. Summer followed the long Minnesota winter and poetry helped me find comfort. Comfort in a routine that healed. I thought poetry memorization was a phase but again the days grew shorter and poetry returned to me again.

My daughter turns 4 soon and talks at the speed of light. I see her life becoming more complex with playground interactions. Her stubby index finger agilely swipes images on a smart phone. But we slow life down when we listen to Michael Driscoll’s “A Child’s Introduction to Poetry.” Now the words to scores of poems roll off both our tongues like the delightful “My Shadow” or “The Swing” by Robert Louis Stevenson. If you can give one gift at Mother’s Day this year, treat yourself by memorizing a poem.

Kathleen Motzenbecker works for the State of Minnesota and has one daughter.  In her spare time, she writes about poetry exploration at her blog.