All you need to understand is that the officer carries with him the power of the American state and the weight of an American legacy, and they necessitate that of the bodies destroyed every year, some wild and disproportionate number of them will be black.

Ta-Nehisi Coates —“Letter To My Son,” The Atlantic

A disturbing number of police-involved shootings feature a white officer killing an unarmed or nonthreatening black man. The rhetoric used by many officers to justify their killing tends to put the onus on a particular alleged “stare” interpreted as a sign that the victim was dangerous. Minneapolis police officers Dustin Schwarze and Mark Ringgenberg described the unarmed Jamar Clark as having a “thousand yard stare” and “this really weird stare,” respectively, before they killed him. We know now from shooting statistics as well as several prominent examples that such rhetoric should be seen as evidence of implicit racial bias, or as attempted justification constructed after the fact. 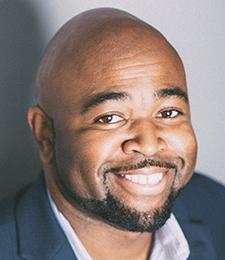 A new criminal justice research study analyzed 990 fatal police shootings in 2015. As reported by Wesley Lowery in the Washington Post (April 7), black men make up 40 percent of the 93 unarmed victims of police shootings, a population-adjusted rate seven times higher than for white men. Even after controlling for age, mental illness, neighborhood crime rate, and whether the officer was attacked, unarmed black men are twice as likely as unarmed white men to be killed by police.

Justin Nix, one of the authors of the study, told the Post, “The only thing that was significant in predicting whether someone shot and killed by police was unarmed was whether or not they were black. … there is some sort of implicit bias going on. Officers are perceiving a greater threat when encountered by unarmed black citizens.” As detailed by Eberhardt, Goff, Purdie, & Davies (2004), “The stereotype of Black Americans as violent and criminal has been documented by social psychologists for almost 60 years.” A 2014 study of primarily white police officers found they were more likely to have used force against a black child if they also unconsciously dehumanized blacks. 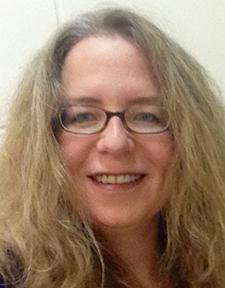 Policing in Minnesota shows clear evidence of racial disparities. The ACLU found that in Minneapolis, Blacks and Native Americans are 8.7 and 8.6 times more likely, respectively, to be arrested for low-level offenses. Tellingly, the ACLU discovered that the disproportionality with which black drivers were arrested for driving violations such as failure to signal was much higher during daylight hours than at night. Neighborhoods in Minneapolis with a higher percentage of black residents also tend to have a higher number of arrests for low-level offenses. To some residents, the police can feel less like guardians and more like an occupying force. It might help if police knew the communities in which they worked, but while the national average for police residency in large cities is around 40 percent, as of 2015 only 5.4 percent of Minneapolis police officers lived within city boundaries, according to MPR.

The term “thousand yard stare” comes from describing soldiers in Vietnam and should evoke sympathy because it is observed in traumatized people. If Schwarze and Ringgenberg actually saw such an expression on Clark’s face, they should have followed trauma-informed protocols including helping Clark to relax, talking through the situation, providing space and time for him to respond, perhaps asking the EMTs for assistance. But these are officers with allegedly violent histories: Schwarze was named in an excessive force lawsuit filed 11 days before Clark was killed, and Ringgenberg was sued for brutality in San Diego, although the case was dropped after the accuser ran out of funds. Within 61 seconds of encountering Clark, Ringgenberg choke-slammed him to the ground and then Schwarze shot him in the head at point-blank range. Two days later they told the BCA investigators (in sequential interviews, held at the same law office) about Jamar Clark’s stare.

This stare has been put forward after the fact as if somehow justifying the shootings of other unarmed or nonthreatening black men by white officers. In Ferguson, white officer Darren Wilson shot and killed Michael Brown, an unarmed black 18-year-old. After an initial struggle, Brown ran from Wilson and then turned; Wilson shot him dead in the street where the body lay for four hours. Wilson said Brown initially “was just staring at me, almost like to intimidate me or to overpower me” and then, right before Wilson killed him, “the face he had was looking straight through me, like I wasn’t even there.” In Milwaukee, white officer Christopher Manney shot and killed Dontre Hamilton, an unarmed black man with a known history of mental illness. Manney claimed he had no choice because Hamilton took his baton, and that Hamilton had a “1000-yard stare.” Both Wilson and Manney also used dehumanizing rhetoric in describing their respective victims as “like a demon […] bulking up to run through the shots” and as possessing “super human strength.” Neither Wilson nor Manney faced charges for their actions.

In Chicago, white officer Jason Van Dyke shot and killed Laquan McDonald, a black 17-year-old with a knife. Police union spokesman Pat Camden (who often made false claims about police shootings) described McDonald as having “a 100-yard stare. He’s staring blankly” and claimed he lunged at officers. The initial Chicago police press release stated McDonald refused to drop the knife and “continued to approach the officers.” Witnesses contradicted this manufactured narrative, but only a year later, after the city lost a court fight to keep video of the encounter secret, was Van Dyke finally charged with murder. The video showed McDonald was not approaching and did not lunge, while Van Dyke emptied his entire clip into the teen including several shots after McDonald fell.

Native Americans are also disproportionately killed by police, and with similar claims often made about a stare. In Seattle, white officer Ian Birk shot and killed Native American woodcarver John Williams, who was carrying a piece of wood and a small knife. Birk described Williams as having a “thousand yard stare” and claimed the knife blade was visible although the knife was found shut at the scene. The King County prosecutor declined to file charges, citing “no evidence to refute Officer Birk’s claim that he acted in good faith” although the shooting was found not justified by the Police Department’s Firearms Review Board.

We have previously described a few of the reasons why Hennepin County Attorney Mike Freeman’s decision not to charge officers Schwarze and Ringgenberg was flawed. In his credulous presentation of the officers’ statements, Freeman included Schwarze’s characterization of Clark as having a “thousand yard stare” – that phrase should have led Freeman to question, not echo, the police narrative that Clark posed a danger.

On police, black men and the ‘thousand yard stare’

By Jason Sole and Rachel Wannarka