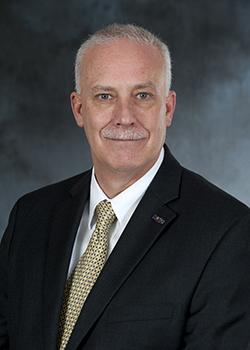 What do you think of when you hear the phrase “public servant”? A person who holds a government position by election or appointment is the dictionary definition. That definition seems too neutral given citizens’ views on public servants.

Many in our society might consider a public servant to be an oxymoron — public employees don’t serve; they take salaries and large pensions from the public for minimal service. Others have a higher opinion of public employees and believe they make significant contributions to society’s welfare.

There is a Minnesota public employee retiring in June that is an excellent example of the latter, someone who has enriched the common good for decades. Richard Pfutzenreuter, the chief financial officer of the University of Minnesota, will be leaving a 40-plus-year career of “making a real difference.” His work with state and university finances was often out public view, but it was extremely beneficial.

“Fitz,” as he is known to all, studied philosophy at Hamline University in St. Paul, graduating in 1974. What does one do with a philosophy degree? Become a management analyst for the Minnesota Department of Transportation (MnDOT). Perhaps studying philosophy is good preparation for government service given the competing philosophies espoused by those governing our community.

As a young management analyst, Fitz was soon recognized for outstanding performance after only a year in the job, a harbinger for the successful career he was beginning. Even though he had once needed help with high school algebra, Fitz next became a budget analyst at MnDOT. He was recognized for outstanding performance for his fiscal planning in support of statewide transportation improvements.

Those in the Minnesota House of Representatives heard about this special budget analyst at MnDOT and asked Fitz to join them as a fiscal analyst and later fiscal staff director. That is where I first met him. He was knowledgeable, friendly, and cared that good decisions be made. Even though I worked for the governor at the time, Fitz was easy to work with to find areas of agreement to move Minnesota ahead.

A couple of years later, the University of Minnesota was looking for an associate vice president for budget and rinance. Who better than Fitz to help straighten out the finances of the U. He brought integrity, curiosity and diligence to his new position. In that capacity he began serving the first of the four university presidents.

Fitz became the university’s chief financial officer and vice president, responsible for budgeting, financial planning, accounting, investments, fiscal analysis, and oversight of the university’s debt. He had a way of understanding complex financial matters and explaining them to non-financial people.

His university tenure is marked by remarkable accomplishments:

Perhaps his greatest University of Minnesota accomplishment is something that few people even know; Fitz led the development of the “Earned Income & Full Cost Model” for allocating university revenue and overhead to university schools and units. Under this new methodology adopted in 2006, the university’s schools and units get to keep their earned revenue, but have to pay all direct expenditures and allocated overhead. This had the impact of freeing up the schools and units to manage their full costs including reducing their overhead costs through strategic actions.

Fitz’s work was often behind the scenes. He didn’t seek the limelight; he sought positive action and understood that leading from behind can be often more effective. University of Minnesota presidents and regents have been nearly unanimous in their praise of Fitz.

The next chief financial officer of the University of Minnesota has big shoes to fill. They will no doubt approach the job in their own way. Let’s hope they bring the same intelligence and dedication. Let’s hope they will be a true public servant.

Jay Kiedrowski is a Senior Fellow in the Public and Nonprofit Leadership Center at the Humphrey School of Public Affairs at the University of Minnesota.