Expectations are powerful. If I’m used to seeing only blue Smurfs, I would be shocked to encounter a red one. 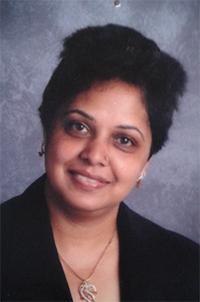 As an Indian-American educator, I’ve learned when it comes to students there’s no such thing as only blue Smurfs. I would be removed from my job in an instant if I assumed all students under 5 feet tall don’t understand Shakespeare — just as quickly as I would be removed if I expected all blonde-haired kids to walk into my classroom already knowing the fundamentals of college algebra.

Unfortunately for educators and students across Minnesota, much of the data collected regarding public education, proficiency standards and graduation rates brands one very diverse group of Smurfs — students — under the same label: Asian.

Asian-American students in Minnesota encompass a hugely varying number of ethnicities. The Asian continent consists of more than 40 countries, and all who come from one of those countries differ in their abilities, needs and experiences as well as the expectations we as educators set for them.

However, the current methods of data categorization and collection when it comes to Asian-American students in Minnesota are incredibly problematic because they do not take into account any differentiation between Asian ethnicities.

In 2012, the Council on Asian Pacific Minnesotans (CAPM) wrote a report titled, “Asian Pacific Students in Minnesota: Facts, Not Fiction.” In it, CAPM attempted to disaggregate Asian student test scores from the Minnesota Comprehensive Assessments (MCA) based on the primary language spoken at home. For example, the report states, “If a student reports to primarily speak Hmong at home, [their] ethnicity is likely to be Hmong.”

Attempted is the key word because, at the time of the report — and as it still stands four years later — the ethnicity of students wasn’t collected by the Minnesota Department of Education.

Even though the CAPM study wasn’t perfect — some Asian students speak primarily English at home, and that made it difficult for researchers to categorize their ethnicity — the results were astounding in a horrific way.

Consider the Karen community in St. Paul — which is the largest Karen population in the United States. Most people from the Karen community in Minnesota are originally from Myanmar, but were forced to flee to Thai refugee camps because of violence. Many families lived in refugee camps for more than a decade before receiving the opportunity to relocate to another country.

Upon a first look at 2011 MCA scores for Asian students, it would appear they’re doing well as a group overall. More than 50 percent of Asian students were proficient in both math and reading — a higher percentage than Hispanic, American Indian and African-American students. However, once CAPM disaggregated MCA score data based on home language, it was instantly clear that not everyone grouped under the Asian umbrella was experiencing the same successes. An incredible 83 percent of students identified as Chinese by CAPM were considered proficient in math, whereas less than 15 percent of students identified as Karen passed the math tests.

The disparity between those two groups makes it apparent that we are not serving Karen students in ways that benefit them. But it’s not just the Karen population in Minnesota who’s being neglected. Just 36 percent of Hmong students were proficient on the math MCA in 2011. Hmong people are the largest Asian ethnicity in Minnesota. More than a quarter of all Asians in the state are Hmong, yet somehow only 36 percent of Hmong students were proficient in math. What’s preventing us from reaching these students?

Until student data is disaggregated properly by the Minnesota Department of Education, there’s no way for parents and educators to advocate for the resources and differentiated teaching methods that’ll result in better outcomes for Karen or Hmong students. Culturally responsive teaching begins first and foremost with honoring and recognizing our students’ assets, experiences and cultures.

When I moved to Minnesota in 1997, I did not intend to teach. I have a degree in chemistry, and applied for jobs at medical companies. I had a 2-year-old at the time, and when I learned of the late shifts required to work in the medical field, I decided to get my teaching license. After a few years of subbing, I was finally hired as a full-time chemistry teacher.

Last fall, I joined a newly formed group within Education Minnesota called the Pan Asian Educators Forum. The forum, which consists of Asian educators in Minnesota, meets every few weeks to work on problems that matter to people in our community. After we got to know each other, we realized there was intense passion in the room for recognizing the uniqueness of our ethnic groups and diversity of teaching methods required to teach Asian students. Even within the forum itself there is a huge variety of perspectives — Hmong, Chinese, Vietnamese, Indian — and we all realized the data off which we currently base our accountability systems and teaching styles is flawed because it does not take into account the variety that is so critical to folks who are grouped together as Asian.

One of the first things I noticed when I entered the classroom was the way students categorized as Asian spoke less during class. Although I tried different ways to make participation fun and less intimidating, it seemed as if there was a barrier between some Asian students and speaking in class. To this day, I am always looking for new methods to bring students out of their shell. I know how hard it can be for students under the Asian umbrella to speak out for fear of getting made fun of or being ridiculed. When my daughter was in school, she stopped taking Indian food for lunch because someone at lunch told her that her food looked like “yellow poop” because of the turmeric I use in meals. She felt ostracized because of her perceived other-ness, and because of that she shut out that portion of our culture to appease someone else.

The burdens of a label

The struggles associated with being categorized as Asian don’t end in childhood. As an educator, I’ve had parents tell me they think their student, who performs well during the first quarter but struggles through the year and sees grades slip, has issues in my class due to my accent. It sometimes feels as if some parents and administrators see me as an easier target than my white colleagues when it comes to scapegoating and placing blame. It’s almost as if some folks think I will succumb to their subversive tactics more easily than a white educator would due to the “timid Asian” expectation.

It’s in these moments — when I’m on the phone with a parent or administrator who has misplaced anger and directs it at me for being Indian — that I long for the day when students who are currently pigeonholed under the Asian umbrella will be freed from the burden of this label.

During this legislative session, the All Kids Count Act was proposed to do what CAPM — and Asian educators such as myself — wanted all along: disaggregate student data based on ethnicity, along with a host of other demographic profiles such as home language, migrant status, English language learners and foster care.

If the Legislature passes SF 2597, which the Pan Asian Educators Forum strongly supports, student achievement data would provide a clear picture of which students — those under the Asian umbrella as well as every other student — need the most support in the classroom. It would allow educators to cater their teaching to student needs, rather than treating children with completely different life experiences, skill sets and expectations as if they are all the same.

The current method of racial categorization within the Minnesota public education system masks ethnicity to a devastating degree for students of color.

It’s time we do better.

Alka Goyal teaches chemistry at Central Senior High School, St. Paul. She has a doctorate in Curriculum and Instruction, is devoted to increasing STEM achievement for girls, and has been involved with the Pan Asian Educators Forum since September 2015.