Minnesota had a real opportunity to bring our telecommunications regulatory structure into the 21st century this session by joining 34 other states in saying no to state-specific regulation of voice-over-Internet protocol services (“VoIP”) and other IP-enabled services. I was proud to author the original legislation (HF 776) and join with Sen. Dan Sparks (SF 895) in a bipartisan effort to help spur more telecom investment in the state. 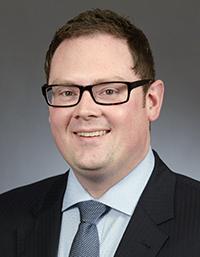 This VoIP-IP legislation, which had bipartisan support in both the House and the Senate, made its way into the final deliberations of the Supplemental Budget Bill that included $35 million for the state’s broadband fund. Unfortunately, however, because of Gov. Mark Dayton’s adamant and unfounded opposition, those provisions were removed from the Supplemental Budget Bill on the last day of the recently concluded legislative session. It’s ironic that while the Dayton administration continues to call for more funding for the state broadband fund, it takes a “ regulate first” approach to the kinds of services that foster more broadband deployment and bring innovation to industry and consumers alike. It is the exact same VoIP service that the governor, my colleagues in the Legislature, and other members of the state government currently enjoy in their own offices.

I wish Dayton’s administration would have heeded the policy recommendation of his own Broadband Task Force to modernize Minnesota’s telecommunications industry. It was a recommendation that was strongly supported by the Minnesota High Tech Association and its president and CEO, Margaret Anderson Kelliher, the former DFL House Speaker and chair of the Broadband Task Force.

Instead of siding with his own Broadband Task Force and 17 of his fellow current or former Democratic governors, like Gov. Jerry Brown of California and John Hickenlooper of Colorado, who have signed similar VoIP IP legislation into law, the governor chose to heed to the false alarms of the Minnesota Legal Aid Society and AARP Minnesota, which claimed that adoption of such legislation in Minnesota would cause customers to lose their traditional landline phones and telephone rates to go up. In fact, none of their false and misleading predictions has come true in any state where the bills have been signed into law. The consumer harms that have been predicted by these opponents of the VoIP bill have not been experienced in the more than 30 states that have passed similar legislation. Moreover, not a single state found it necessary to undo these laws.

The Dayton administration’s assertion that voice service delivered via the Internet should be regulated is a policy statement that harks back to the 20th century when landline phones were the only communications service available. In an era of unprecedented competition and growth in wireless, apps and devices, I fear that the Dayton administration is perfectly content to leave Minnesota there in the 20th century.

Rep. Tim Sanders, R-Blaine, represents District 37B in the Minnesota House of Representatives.